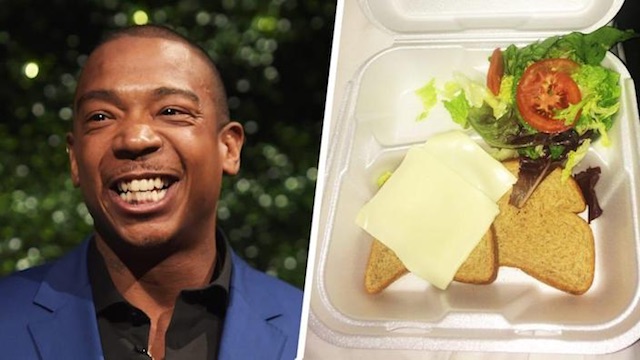 If you were thinking that there wasn’t another way that Fyre Festival could con even more huge amounts of money out of people, then you would be completely wrong as Ja Rule has announced that he’s teaming up with the author of the infamous cheese sandwich tweet to sell it as an NFT with the bidding starting at the low low price of $80,000.

You probably know the background of the cheese sandwich tweet if you’ve clicked on this article, but just s a short recap if you don’t. Basically after Fyre Festival was hyped up as the most luxury and high class festival of all time, the mythos was completely destroyed in an instant when Trevor DeHaas tweeted the image of one of the lamest looking cheese sandwiches of all time and it quickly went viral. Remember, these people had shelled out between $4000 and $12,000 to attend this shitshow.

Anyway, organiser Billy McFarland went to jail for fraud and co-promoter Ja Rule somehow got out of it and has now teamed up with DeHaas to make even more money off the misery of everyone involved with the festival. Here’s the official listing for the tweet on the Flipkick auction site:

The dinner that @fyrefestival promised us was catered by Steven Starr is literally bread, cheese, and salad with dressing. #fyrefestival pic.twitter.com/I8d0UlSNbd

From an inauspicious dinner, photographer Trevor DeHaas captured the most iconic image from 2017’s most famous debacle — the Fyre Festival.

Two limp white slices on wheat bread lay, like the lifeless body of Icarus, bemoaning the hubris of man.

A timeless image of inestimable cultural import, sold now as a singular NFT.‍

This tweet NFT includes a transfer of copyright to the buyer. The winning bidder or their representative should contact Flipkick of New York to execute transfer agreement.

So dramatic – you can tell that someone spent a long time on that copy. I suppose though that everything they’re saying there is correct so you can’t really take the piss out of them that much. Especially when they’re probably going to make something like half a million dollars off it as well.

I should probably point out here that all the money is apparently going towards DeHaas’ dialysis treatment and kidney transplant, so it isn’t all for profit here and is actually going to a good cause. I take back what I said earlier and hope that he manages to make enough money and everything goes smoothly. That kind of stuff is a bitch.

For more of the same, check out how much the overly enthused girlfriend meme recently sold for as an NFT. A literally unbelievable amount.