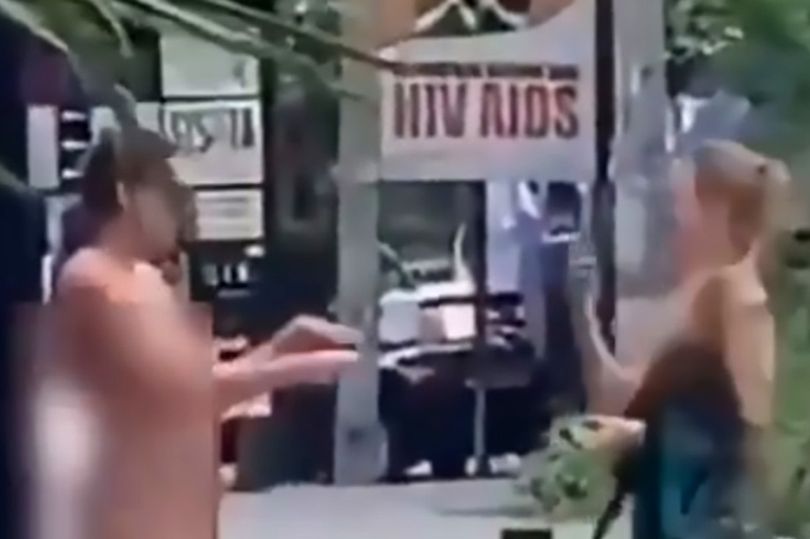 When you go on holiday it’s time for you to let your hair down and relax, but you’ve still gotta be able to do this in a way that’s acceptable for everyone around you and not offend anyone, especially if the local culture is intrinsically different to your own.

Unfortunately, not everyone has got the memo on this one – although in fairness, I’m not sure that walking around naked is really that on in any culture – and this has once again been illustrated by a video that’s been uploaded from the island Bali, where two Italians are walking around a village. Sounds normal enough right, but then you see that one of the Italians is completely naked and you realise that it’s probably not the done thing in the region.

I mean that’s just weird right and predictably the Indonesian police are understandably furious about it and are now looking to track down the women in order to question them about their actions. Bali police spokesman Gusti Agung Kerta Suryanegara said the following about it:

This video has caused a stir on the island.

It’s disrupting order, which means it was inappropriate and not in accordance with our culture and nature.

Yep, sounds like they’re none too pleased about it. Hopefully these women are off the island because they could get into serious trouble if the cops manage to catch up with them – we’ve all heard what Indonesian prisons are like. Although Italy probably isn’t that much better right now either.

Also – shout out to Fox Mulder Tattoo. Sounds like the kind of place I would love to get inked up.