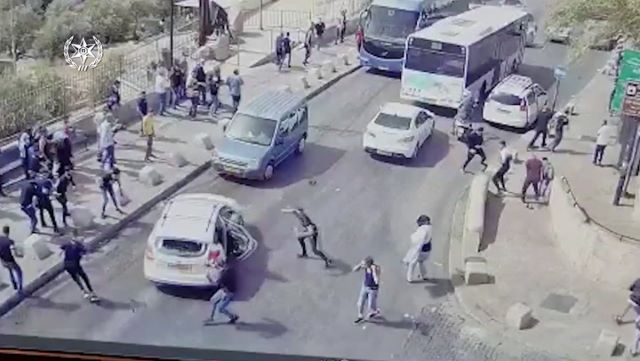 It’s kicking off big time between Israel & Palestine this week, with brutal clashes between civilians in the streets ongoing as each side’s military forces bomb each other into oblivion.

The Times of Israel shared this footage of what they described as ‘Palestinian rioters attacking a Jewish man’s car outside the Old City of Jerusalem’, which resulted in the man using his car to obliterate one of the rioters. Unfortunately for him his car then became stuck and he received a brief pummeling before an armed Israeli policeman showed up to protect him:

I’m not gonna pretend to be an expert on the Israel/Palestine situation, but from what I’ve seen this most recent escalation was instigated by Israelis raiding a mosque during Ramadan as they also continue to force Palestinians out of their homes. There are others however who say Hamas instigated the trouble. What does Boris Johnson think?

I am urging Israel and the Palestinians to step back from the brink and for both sides to show restraint. The UK is deeply concerned by the growing violence and civilian casualties and we want to see an urgent de-escalation of tensions.

Ah yes, the “both sides” approach. Always a safe bet. Which is why I’m going with it too because like I said, I don’t know nearly enough about the situation to comment. The least we can do though is keep sharing any crazy footage that pops up, provided there isn’t some kind of short-term resolution reached. Looks doubtful at this point.