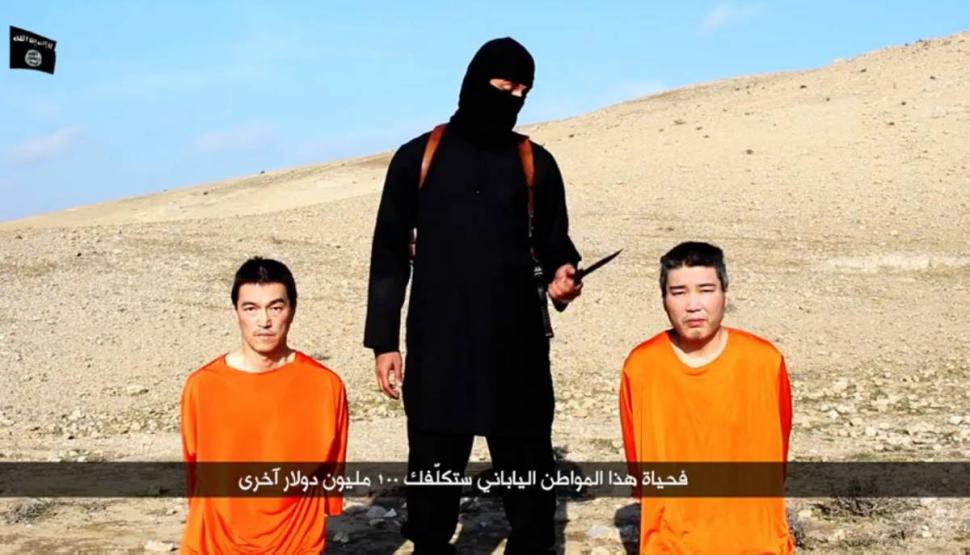 They’ve got a 72 hour deadline before the two are executed.

ISIS have been fairly quiet so far this year – aside from hacking the North Korean Airlines Facebook page – but it turns out they’ve just been biding their time.

In retaliation to the Japanese government pledging $200 million to help Middle East nations fight against the terrorism group, ISIS have created a new video in which they hold two Japanese citizens hostage and threaten to execute them within 72 hours unless they are paid $200 million for their release, from Japanese Prime Minister Shinzo Abe. The two Japanese men in the video have been identified as Kenji Goto Jogo and Haruna Yukawa.

Yukawa is a private military company operator who went missing in Syria in July after he went there to train with militants. Jogo is a respected Japanese freelance journalist who went missing in Syria in October after travelling there to cover the civil war. We can only hope that these guys are somehow located before the 72 hours are up. Given how these situations have gone down previously though, it looks unlikely.