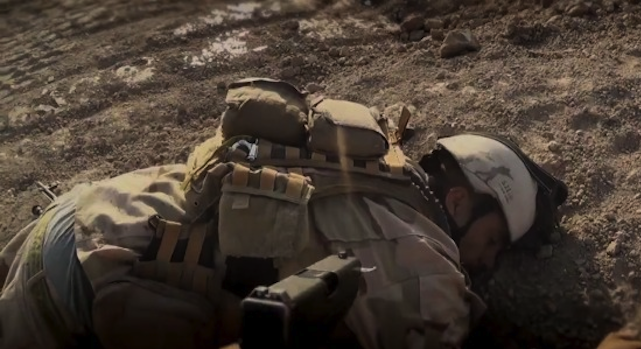 This video is pure and utter ISIS carnage.

Those fuckers over at ISIS haven’t been deterred by the fact that even Al Qaeda have come out publicly to condemn their methods, and have instead decided to upload a video of themselves threatening to destroy all the US forces that are currently residing in Iraq.

It’s thought that the video is in response to General Martin E. Dempsey – Chairman Of The Joint Chiefs Of Staff – testifying that ground troops might be needed for the military campaign against ISIS in Iraq. You can clearly see a picture of Barack Obama and hear the words ‘American combat troops will not be returning to fight in Iraq’ so you know that isn’t a bad assumption.

The video itself just shows utter carnage and devastation alongside the tag lines ‘Flames Of War’ and ‘the fighting has just begun’. Scary fucking shit and probably even more terrifying than the most terrifying Vine of all time.