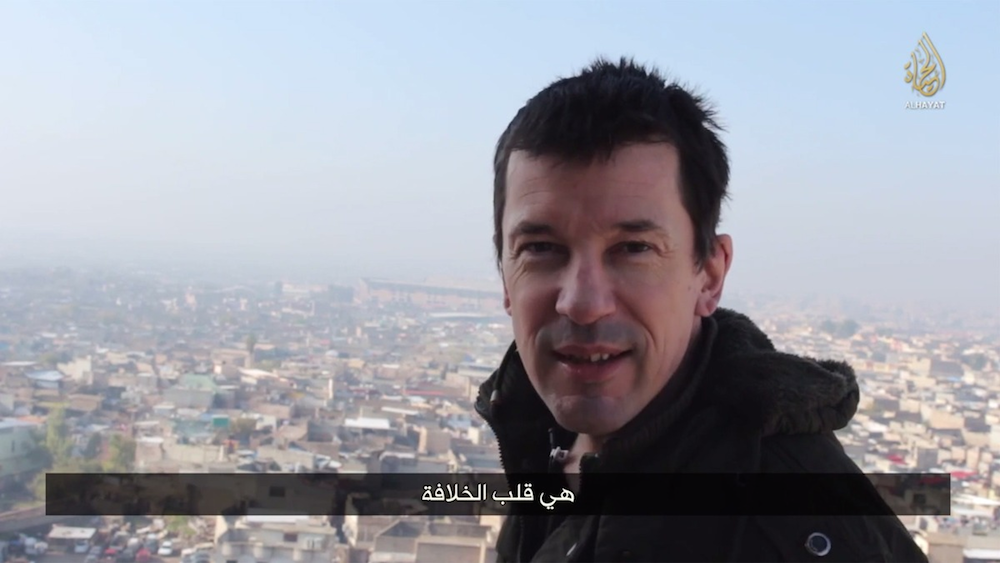 The latest video is from Mosul, the epicentre of the caliphate.

A few months ago, ISIS released a video of captured hostage John Cantlie, who promised to begin filming a series of news reports on what life was really like in Iraq free from the ‘influence and manipulation of Western culture’. It was fairly clear that he was being forced to tape this under duress and he was reading from a script and these weren’t his true opinions. The whole thing was fairly eerie and creepy, but nevertheless I’m sure most people made a mental note to look out for his broadcasts.

The second one is now here and it features Cantlie heading down to Mosul and reporting on the ground about what it’s ‘really’ like to live in the heart of the caliphate. The video is again really creepy as it’s filmed in a Western news report/documentary style and it’s quite clear that Cantlie is reading from a script and isn’t acting naturally. He also quite noticeably looks like he hasn’t slept in days. Despite this though, the content of it is interesting too – although it obviously can’t be trusted as it’s an ISIS propaganda video it does make you think about the media and their potential manipulation of world events.

It’s just a pity we probably won’t ever know what the truth is ourselves unless we actually visit Mosul, and there isn’t a chance in hell I’m going to be doing that any time soon.