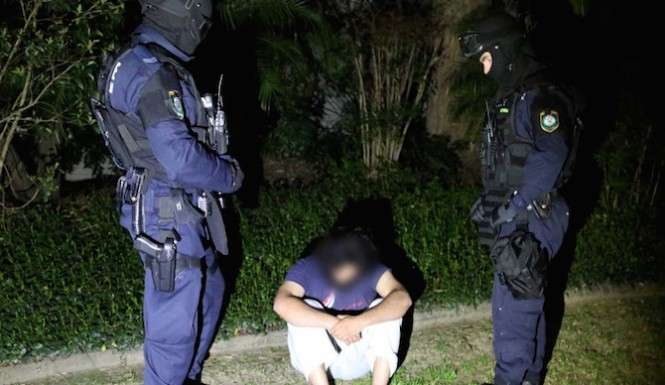 More of this please.

A gruesome plot by ISIS to publicly behead a random a member of the public in Sydney (kinda like the fatalities in the new Mortal Kombat game) has been thwarted by policemen over there according to Australian Prime Minister Tony Abbot.

800 police officers carried out raids on more than 12 properties on Thursday night in order to stop the horrendous plan and managed to arrest 15 suspects who were involved. An arrest warrant has also been issued for Mohammad Ali Baryalei. He’s believed to be Australia’s highest ranking member of ISIS and a former bouncer.

Although no specific details of the attack have been released it was believed that there were multiple plots to carry out terrorist activities within Australia, including random beheadings. There are also believed to be a bunch of ISIS recruiters operating in Australia who have already found some success, with over 60 Australians currently believed to be fighting for them in Syria, in addition to 15 that have already been killed.

Tony Abbot had the following to say about the operation and the intelligence received to thwart it:

Let’s hope that Task Force Black – the Navy SEAL/SAS crack team assigned to smash ISIS – can be as effective as these Australian policemen in doing their job so ISIS will finally fuck off.