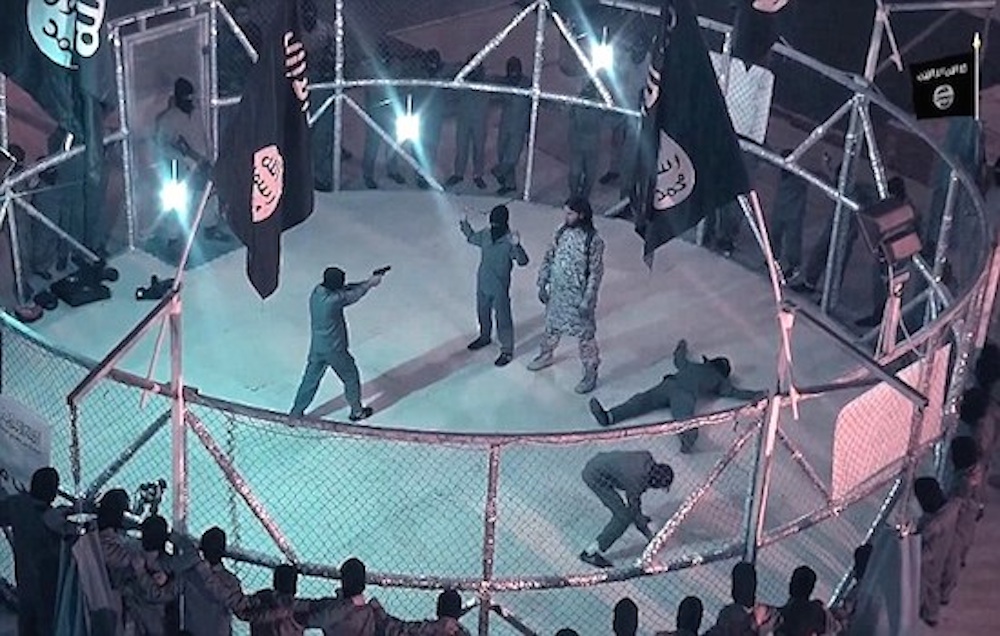 They’re training fighters to become killers inside a steel cage.

It’s been a while since ISIS have released a promo training video and even though the last one was completely badass and scared the crap out of most of us, they’ve managed to turn it up a notch with this latest offering.

There’s not a lot going on in it but it just looks really intimidating because ISIS are now training their soldiers to become stone cold killers in an MMA style steel cage which is being dubbed the Cage Of Death. There was apparently a seven minute long propaganda video that showed the kids training and then geating beaten up and shouted at by the guy in charge, but I think that’s been taken down as we can only find this 34 second clip now.

In it, a bunch of young kids perform MMA style moves on each other in the ring whilst being shouted at by their instructor. They then do some badass looking gun takedowns at the end. It looks like these guys are getting seriously trained and it’s just another reminder of how terrifying the whole concept of ISIS is. Let’s hope Task Force Black is actually making some progress behind the scenes, as it all seems to have gone very quiet recently on that front.

There are some stills from the original video that you can see on the slideshow too – these depict the fighters getting hung up and whipped by their instructor, smashing their heads with tiles and getting their backs walked on. Definitely want to sign up after I’ve seen that training regime.