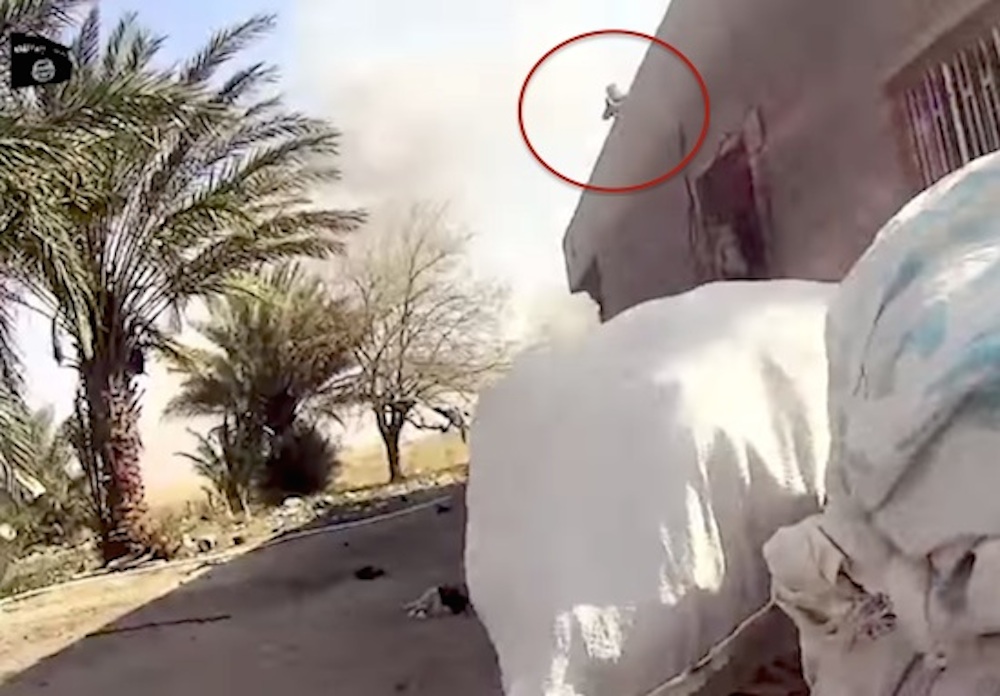 This is the first time footage like this has ever been captured.

It’s becoming increasingly popular to attach GoPro cameras to your helmet when you’re doing extreme sports but I didn’t think that people were using them to record their live combat experiences. Turns out I was dead wrong – pun intended.

The footage below shows a firefight between ISIS and Iraqi militants, filmed from the point of view of an ISIS fighter. Shockingly it also features his death too, as when changing magazines on his gun he’s picked off by an Iraqi sniper on a nearby roof. Brutal.

Although I’m sure nobody wills shed a tear at the fact that ISIS is a man down, the footage is a stark reminder of the horrors of war. Apparently this is the first time that footage like this has ever appeared.