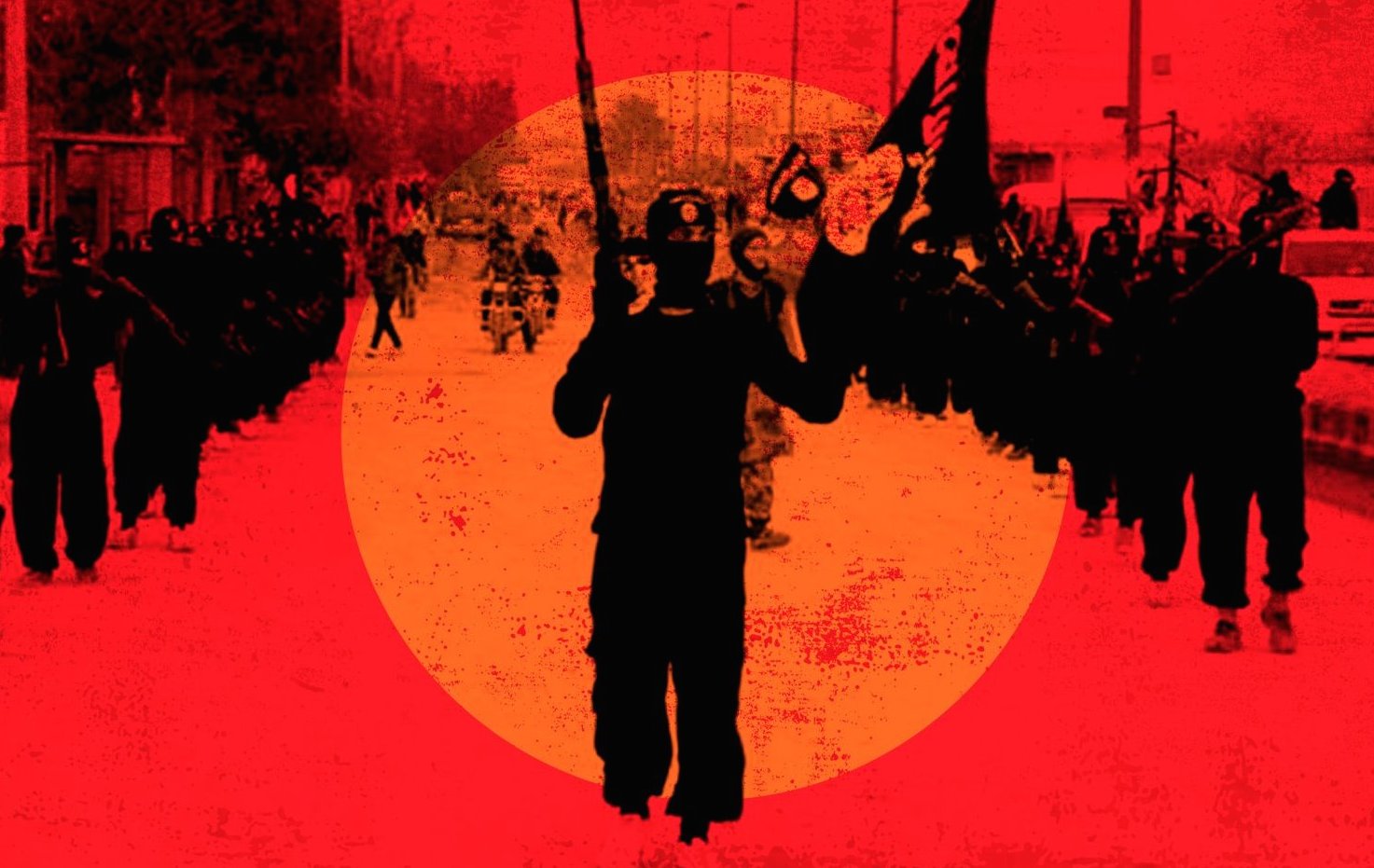 There’s a lot more to it.

What is ISIS? Well according to its definition:

Or as we know them, by the telling of our national media at least, as a weapon wielding, psychopathic, fanatical, evil mega-force. The excessive and vitriol coverage of this group has worked so well that we think of ISIS as a sort of enigma now – an enclosed and condensed gang of extremist nut jobs who want nothing but to see the destruction of anyone and anything they come into contact with.

But is it really as simple as the headlines make it out to be? A heroic story of good vs. evil? I know that if you’re reading this you’re obviously intelligent enough to know that that would be a no. But amongst all of the confusing messages that the news reports try to make sense of, the ongoing conflict between the West and the Middle East has become so complex that it’s about as clear as mud.

Publications like the Daily Mail don’t help with this. You’ve got headlines such as “Libyan teenager, 19, shot in the head for SWEARING,” “ISIS fighters use 20k children as human shields,” “Terrifying moment teenage ISIS suicide bomber blows himself up at a FOOTBALL STADIUM.” The list goes on.

This type of subjective reporting looks at the effect rather than the cause. It’s a tool that is used to rile up a feeling of anger and disgust to even further sever the understanding and create a feeling of “us” and “them.” But as we all know, it just isn’t as plain and simple as that. To understand ISIS and the ongoing conflict, you first need to understand Wahhabism and the strange and destructive role Saudi Arabia, the UK and the States have played in this.

A brief history of Wahhabism 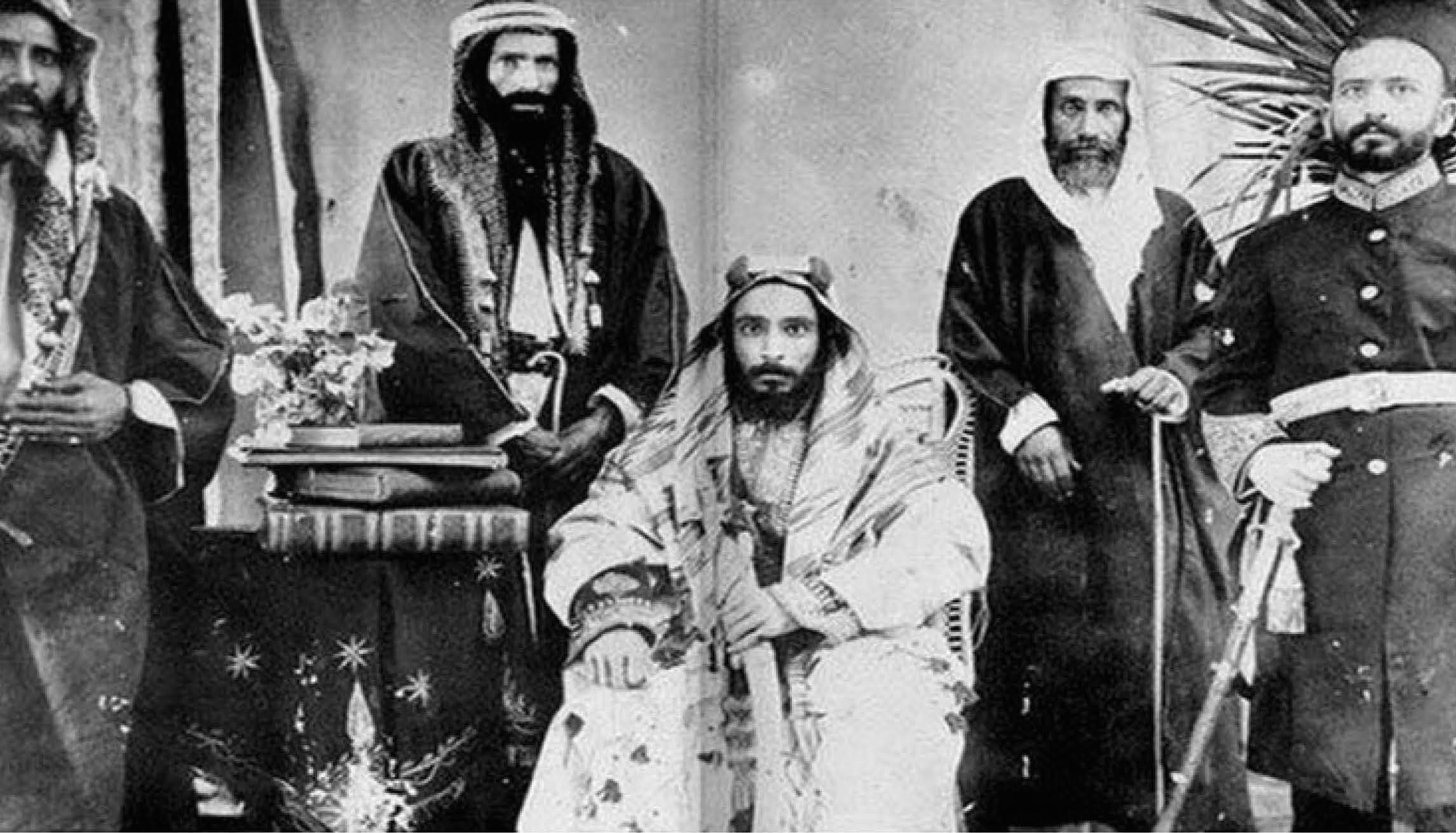 When you take a step back from the rushes of news reports and the strong narrative that is present in the media, it’s obvious that not really any group of people wake up and think, “I’m going to be evil.” We don’t live in a superhero story – groups and movements form as a result of action and in this case it’s a complex and intricate map of history that has led to ISIS’s formation.

It is that those in power in our society have so simplified the stories they tell themselves, and us, about the world that they have in effect lost touch with reality. That they have reduced the world to an almost childlike vision of a battle between good and evil.

It would be tricky to list the entire history of how ISIS came to be, but we can look at some of the factors that are often left unmentioned when warning people that “Euro 2016 is a potential target for IS” (that was a genuine tabloid article).

As you may know, the US’s ongoing financial and military ties with Saudi Arabia and its dealing in Saudi oil is a key contributor to the rise of extremism. Perhaps you might be less aware of how far back this dates and how extremists have been permitted to grow thanks to the US’s vested interest.

Back to our friend Adam Curtis, who outlines in his documentary ‘Bitter Lake’ that a significant moment was when in 1945 US president Franklin D. Roosevelt and the king of Saudi Arabia King Abdulaziz had a meeting on a ship on the Great Bitter Lake of the Suez canal. Here the alliance was formed where they eventually came to an agreement that centred around US support and military training for Saudi Arabia in return for Saudi oil and political support.

As a result of the new found friendship, the US had promised to allow Saudi Arabia to continue its violent and puritanical form of Islam (which might I add, goes fully against the beliefs of traditional Islam). This extreme version is called Wahhabism and was developed as a reaction to the European Empires back in the 1900s. It was filled with hatred for the modern world as well as a hatred for most other branches of Islam.

Abdulaziz had harnessed the power of Wahhabism back in the 1920s (I told you it started a while back) but he didn’t realise that he had allowed the growth of an impeccable force that wanted to take over the Arab world. To take back control the King of Saudi quite literally used a machine gun and shot down the warriors who had originally made him king.

Still, the Wahhabists remained and to deal with them, Abdulaziz exported them to Saudi’s borders. As said, that day when America made its deal with Saudi Arabia it secured its oil but it also agreed to protect Wahhabism. I don’t think then they realised, as those radical ideals lay dormant, just how influential they would become during the 90s when Afghanistan went into chaos, which you can see more about in our video ‘ISIS: The Truth’:

This is a war of neo-imperialism, not terrorism 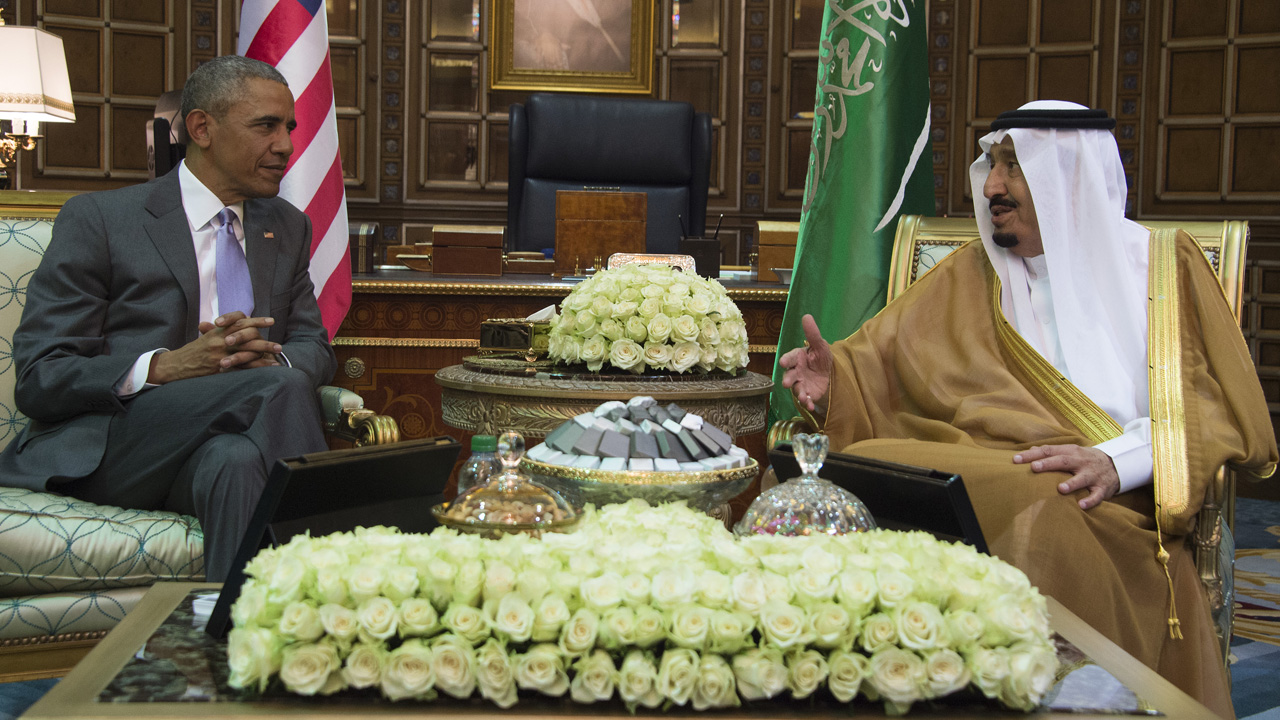 As you can see, it’s an intricate web of financial and military deals, loyalties and funding that has led to the rise of IS and the wars and battles that go along with it. Our society has tried to simplify it into a tale of the goodies and the baddies. “We are in a war against terrorism” – this is not true.

When you hear “the war on terror” don’t believe it – as the legendary author, journalist and political analyst Gearóid Ó Colmáin puts it, the media campaign that uses these words are doing so to make us fear Muslims. There is a war – and it is a form of neo-imperialism. I’ll stop there and let Colmáin explain, as he’s much better at it than I am: 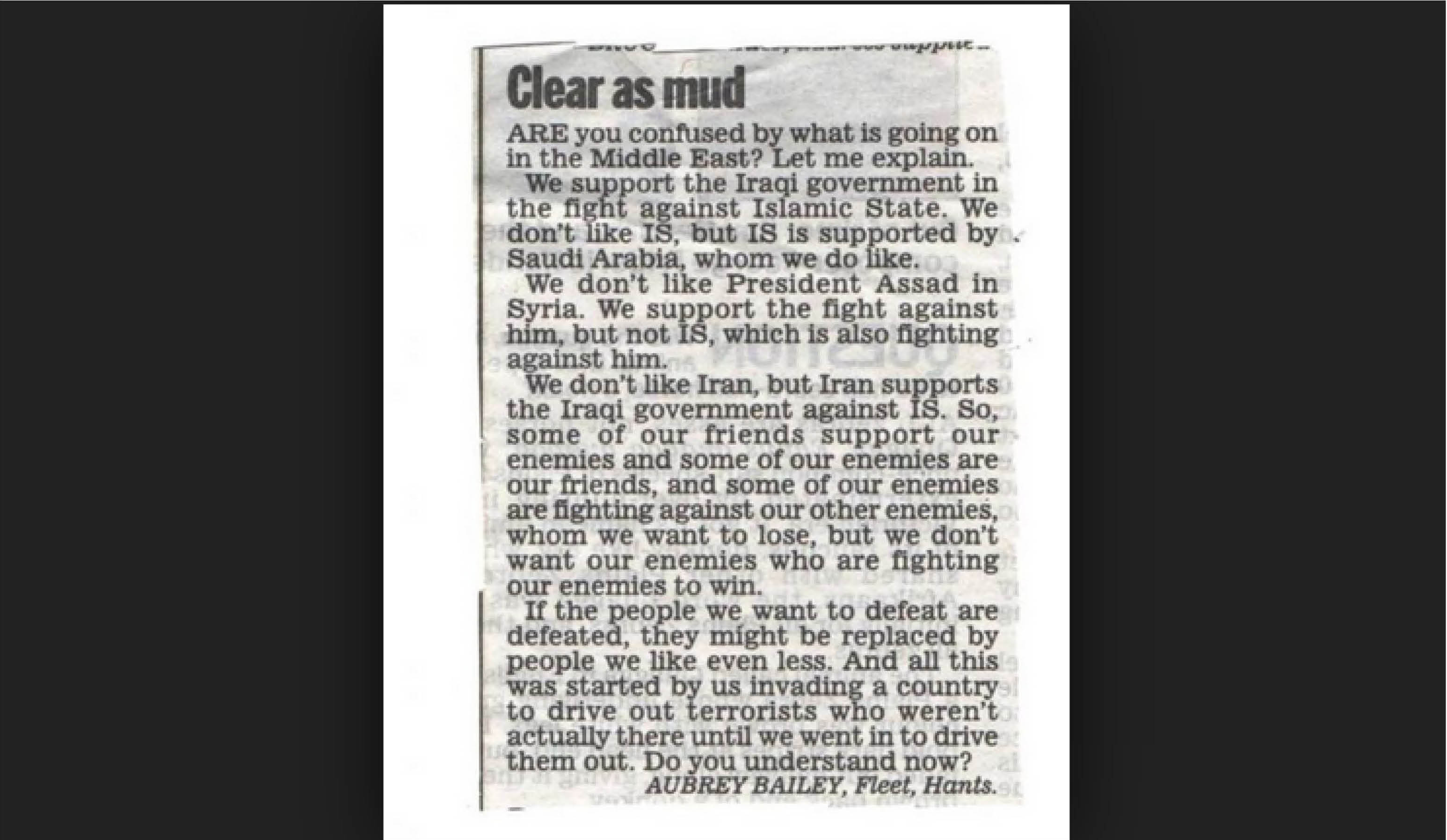 Well, what I can gather from all of this information is that I am confused. And that’s a normal thing – we’re meant to be confused. There is not one side that is right or wrong. ISIS isn’t just some extreme group that was born out of nowhere. We aren’t at a war with a group of baddies who just want to blow shit up for the hell of it. All of these terrible occurrences are a result of an incredibly long and complex history that is essentially driven by finance, globalisation and oil and was essentially born the day Roosevelt and Abdulaziz met on the Great Bitter Lake.

What’s important is to remember this complicated backstory when seeing the vitriol-filled articles that flood the tabloids. Of course, you’re smart people so I know that you wouldn’t dismiss an entire religion and culture of people because of what the papers are telling you. But unfortunately this widespread media campaign has caused so much of the UK to become fearful, not just of ISIS, but of Islam and immigrants in general. Don’t let this argument sway your decision making (particularly as we’ve got the EU referendum coming up, which you can read about in our recent coverage on the privatisation of the NHS.) The exact same thing happened in the 80s, but instead of Muslims it was the Northern Irish culture.

Before Muslims were the target: pic.twitter.com/qVDqfVOIV0

The media is clever at creating an enemy but we are clever enough to know that it is bullshit. So what’s the message? It’s simple – love everyone. There is no such thing as good and evil. There are no borders. We live on a spherical rock amongst loads of other spherical rocks. As the late Andy Kaufman used to sing, we should all treat each other like brothers and sisters because at times it is (or at least we want it to be) a friendly world: