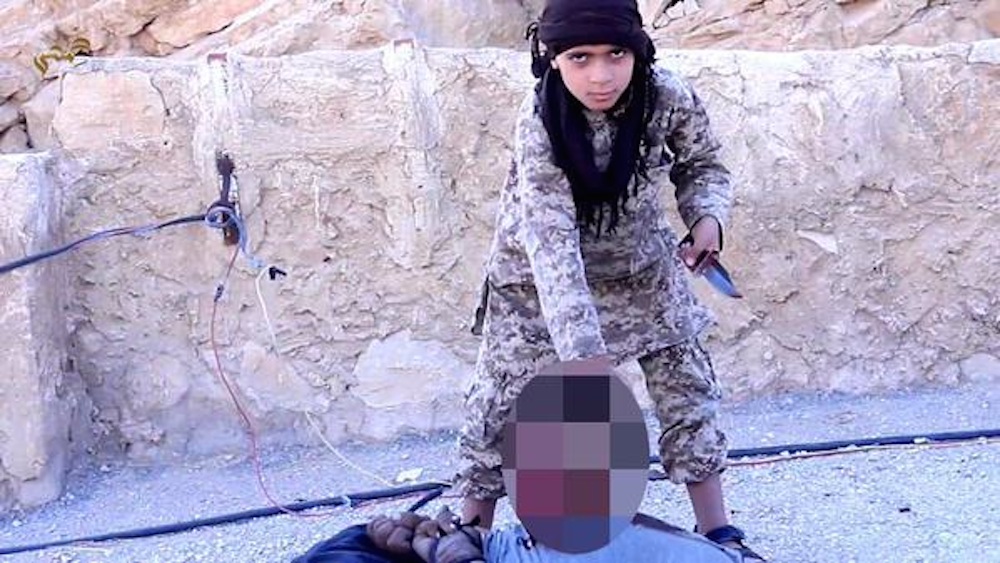 These guys just get worse and worse.

ISIS have released another one of their horrific promo videos and  – even though we say this whenever a new one is released – it could be the most disgusting yet.

It features a young boy who can’t be much older than ten years of age grinning menacingly at the camera before he beheads a captured soldier. Although ISIS regularly uses children shooting and killing people in their propaganda videos, this is even grosser than usual as the video features a prolonged execution, whereby the kid pulls back the head of the soldier as he lies on his belly on the floor, before slitting his throat and then cutting his head off.

He then finishes the video by holding the head up to the camera and saying: 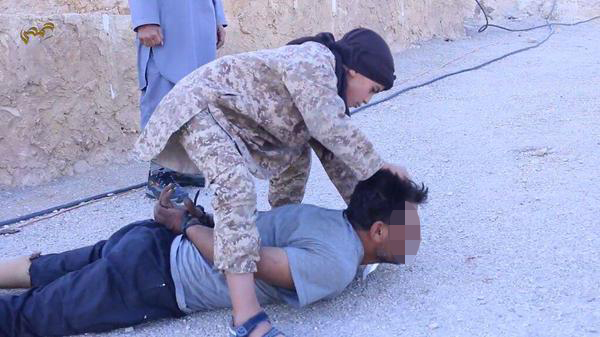 Our goal is not only Palmyra or Homs or Damascus, rather our goal is to conquer Bayt al- Maqdes and Rome, God willing.

The video ends with the child leaving the head on the back of his victim. It’s some heavy horrific shit that makes me want to vomit just reading about it (I haven’t seen the video and don’t plan on it, but I’m sure it isn’t too hard to find if that’s the kind of stuff you want to spend your time watching).

I know we’ve been waiting on Task Force Black to do something about these pricks, but hopefully now Rambo is on the case it won’t be too long before they’re actually wiped out and I can stop posting about their obscene acts of unprovoked violence. We can only hope.