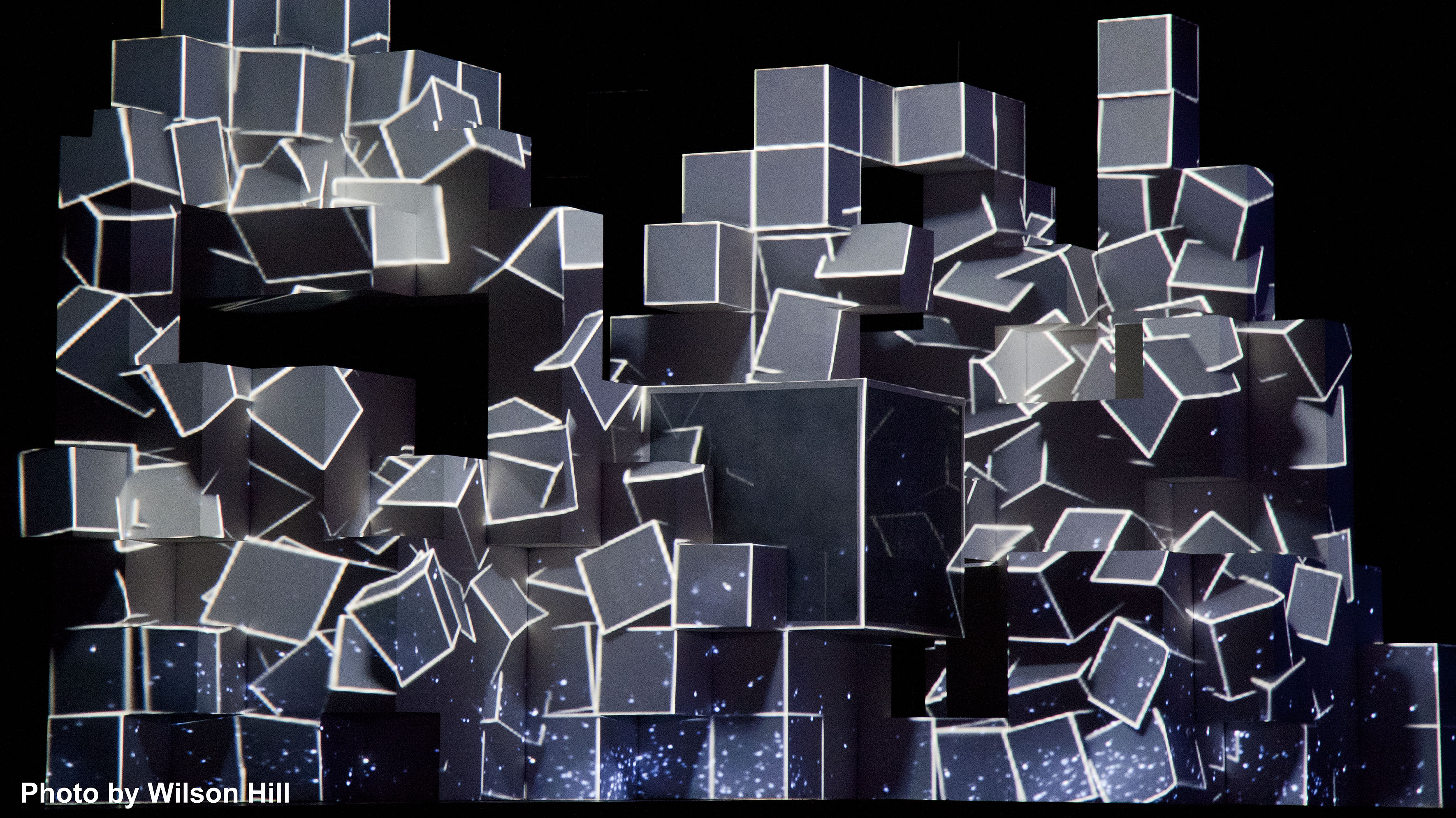 Wilson & I return a year later to experience the next chapter of Amon Tobin’s ISAM live experience – ISAM 2.0. Somehow, Tobin made the best live show we’ve seen even better.

The mere act of having a “2” after any artistic forms so often means that the supplemental project will be inferior to the original. History has proven that sequels so often lack the innovation or spark that emanated from the original. See: TAKEN 2. However, there are the rare occasions when the sophomore effort actually tops its predecessor. In film, think of The Godfather Part II, The Dark Knight, or The Empire Strikes Back. In music, think of Pablo Honey compared to The Bends. So when Ninja Tune invited Wilson and I to revisit Amon Tobin’s mind-blowing ISAM: LIVE almost exactly a year after witnessing it at Brooklyn’s Masonic Temple, I had my doubts. I mean, how does one top the most innovative live performance in decades? And to our surprise, Tobin’s ISAM 2.0 did just that. 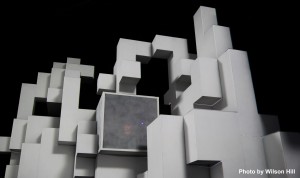 Sure, it did help having supporting openers on the level of Holy Other and Starkey, the latter of whom shined before the hometown crowd at Philadelphia’s Electric Factory. Having lived there for several years, I had my doubts about how the Philly crowd would receive something on the level of ISAM. Philadelphia is notorious for it’s spectator crowds — a place where the throwing snowballs at Santa Claus legend is revered like a merit badge. But even the infamous Philadelphia audiences stood in awe — mouths agape like a child watching fireworks — at the magnificence of ISAM 2.0. 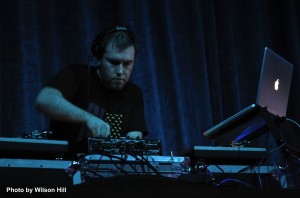 Starkey playing for his hometown of Philadelphia

Speaking with Amon Tobin after the show, I fully understood that ISAM 2.0 was not so much a sequel, but, like the aforementioned films, is a continuation of the ISAM narrative. Granted, there wasn’t much difference in the visual sequencing accompanying Tobin’s now iconic ISAM record, but the entire performance in Philadelphia’s Electric Factory somehow seemed bigger. ISAM 2.0 seemed more involved and brought greater depth and insight to, what I have come to believe to be the ISAM narrative — man’s two front battle between his attempt to conquer nature through technology and his battle against the technology he’s created to return to the natural world. As Tobin himself put it, “This leg of the tour is simply fleshing out the ISAM story. We were incredibly fortunate that ISAM Live was so well received by the public that we had the opportunity, and the finances, to complete the performance as originally envisioned.” In short, ISAM 2.0 is not the sequel to ISAM Live as so much as it is Tobin’s Director’s Cut. 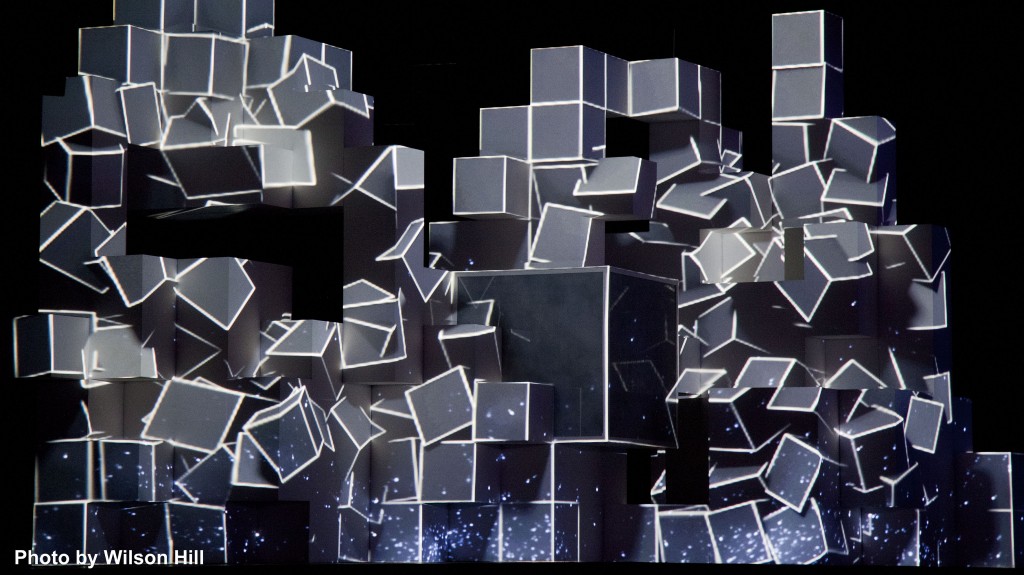 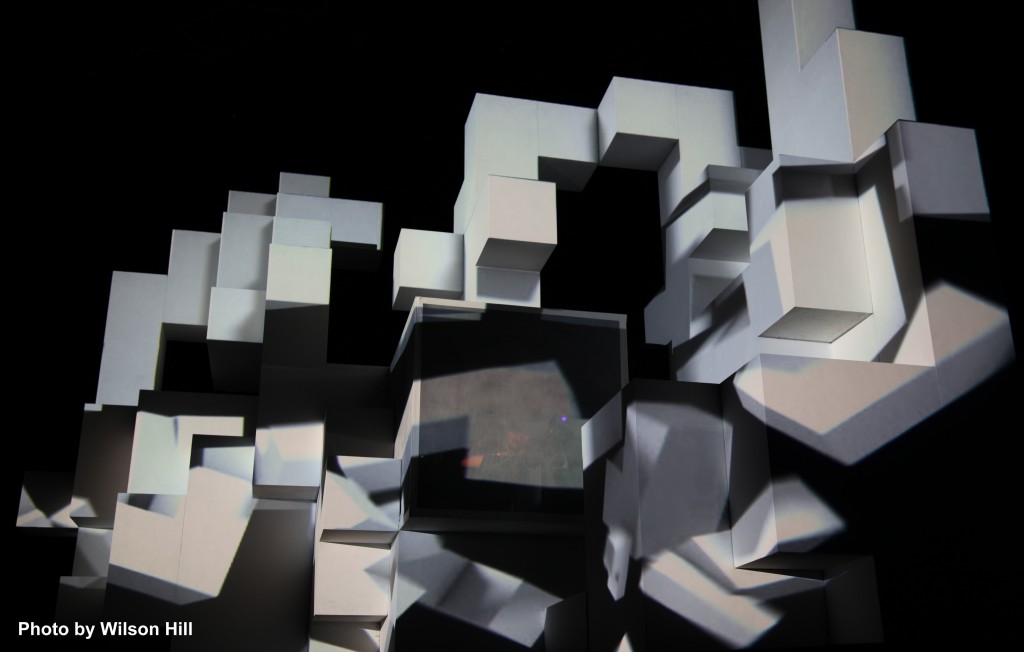 And like the Director’s Cut of any classic film, there is always one scene or sequence that was, for whatever reason, absent from the original that immediately stands out. With ISAM 2.0, it was the new visual sequence developed for “Wooden Toy”. This new sequence — making the ISAM cubes a series of opening and closing brown wooden crates — brings the audience back to Earth. After the hypnotizing Space Station sequence, the new “Wooden Toy” sequence grounds the viewer back into the natural world, and shows how what ultimately becomes the technology of the Space Station once began with the simplistic technological innovations of pullies and levers. Check out the Making Of video of the “Wooden Toy” sequence below.

With ISAM 2.0, Tobin has arrived at a singular experience: a physical manifestation of his audio world–a strange, maximized landscape that turns the familiar inside out. So it’s momentarily comforting whenever a golden glow fills the central cube to reveal a smiling Tobin — in an astronaut suit – flicking at his controls. Much like one the beating heart in the jar during the “Wooden Toy” sequence, Tobin is human heart at the center of the machine. Such reveals are well-pitched, coming after intense sections of light-blitzkrieg or in order to show Tobin playing some sort of screen-mapped Theremin device that throws his pixelated image on the cubes. 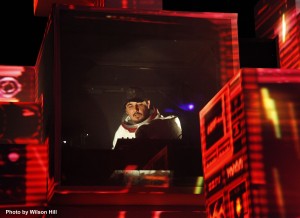 ISAM 2.0, like ISAM Live before it, remains a unique cultural experience for traveled old ravers like Wilson and I. When the ISAM 2.0 finally reaches its climax, Tobin emerges from his perch to thank the crowd, seemingly pleased with the event. I ask Tobin backstage if we could expect an ISAM 3. He laughs and replies, “No. No, this is it. The story’s been told. This is the end of that journey.”

“I don’t know yet,” Tobin replies, “First, hopefully, some sleep.” 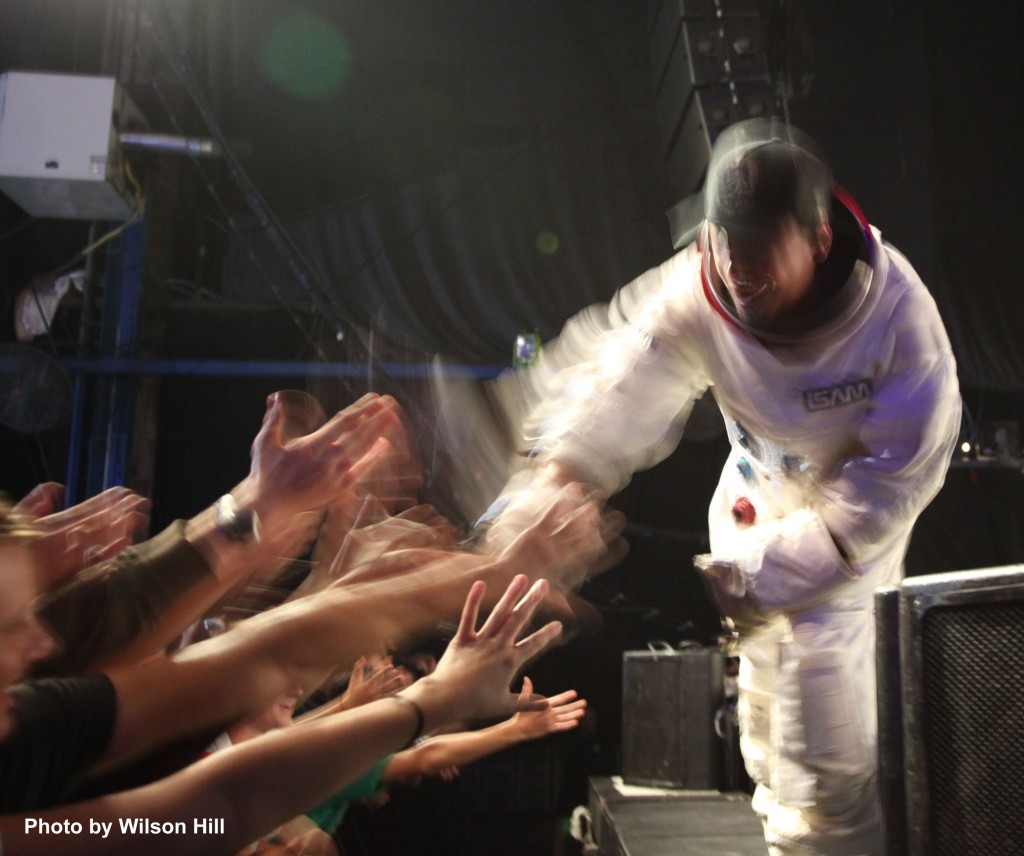 Pushing through the beaming crowd and out into the autumn Philadelphia evening, my hands sympathetically prod at my chest and stomach, attending to any loosed organs. My nervous system appears to have survived but, even now as I write this nearly 24 hours after ISAM 2.0, my brain still thinks I’ve not seen anything like it. Nor will I again. At least, not until Amon Tobin’s next surrealist vision manifests on stage. 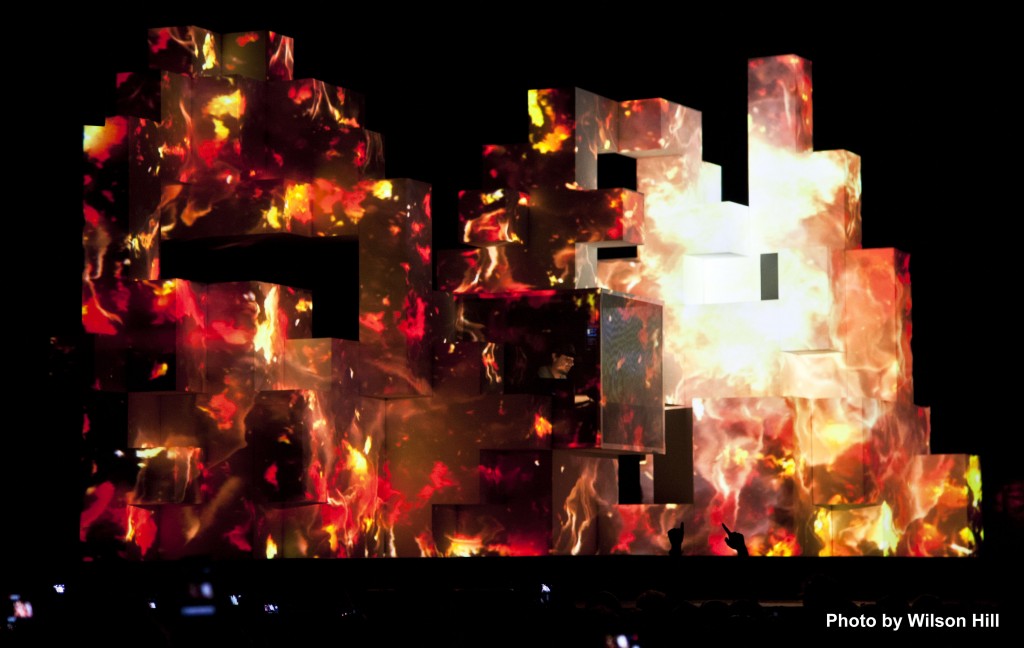 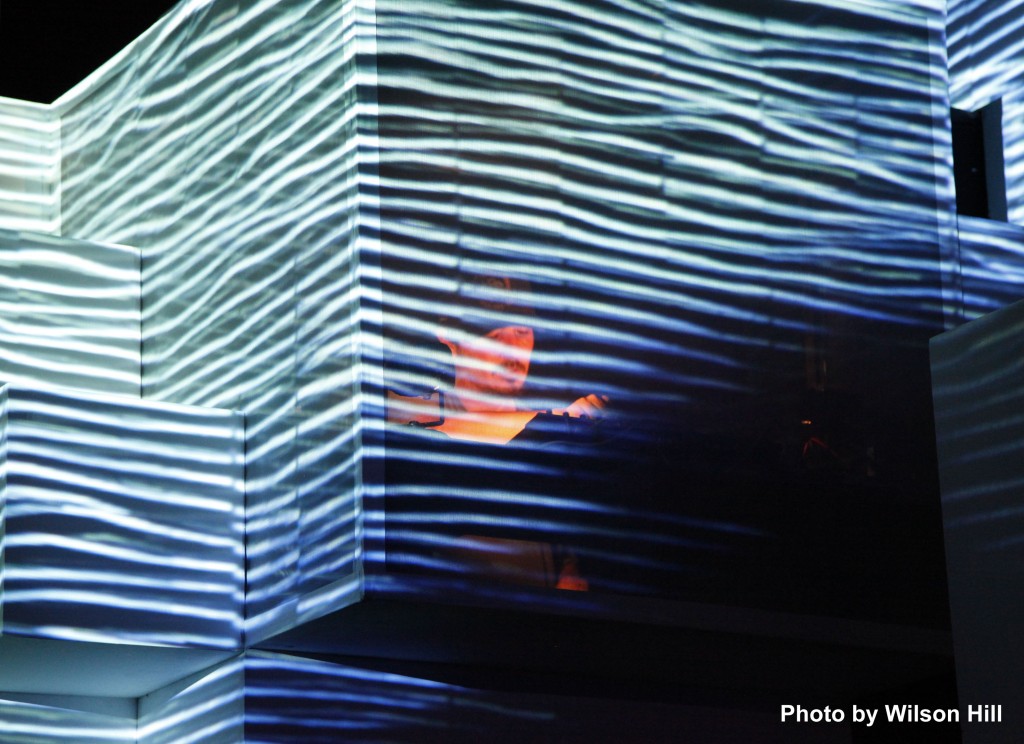 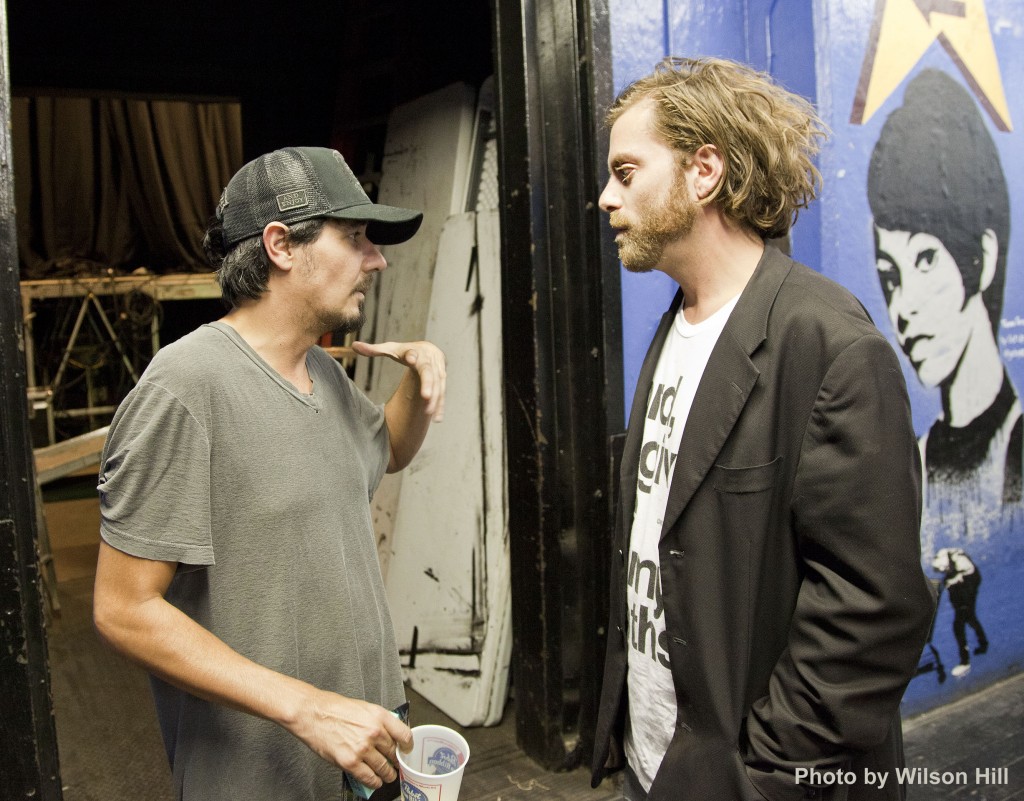