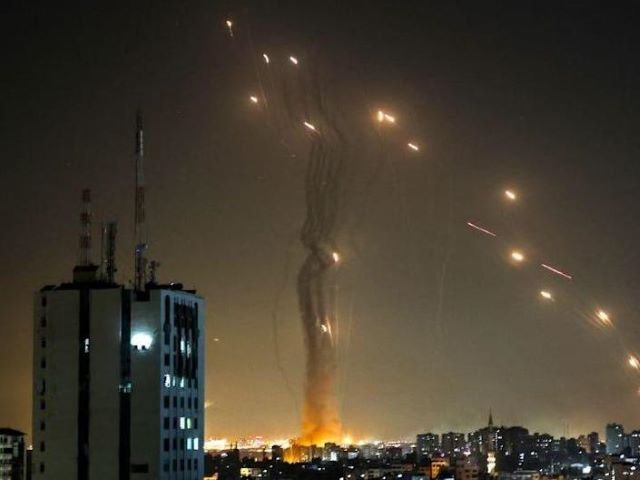 Obviously a very scary situation in Israel right now, and one that I won’t even begin to pretend like I know enough about to comment.

What I will say though is that Israel’s all-weather air defense system known as The Iron Dome is pretty f*cking awesome, and of course has been put to great effect in the last week. Here are some videos of it in action…

RAW FOOTAGE: This is the moment the Iron Dome intercepted a barrage of rockets over Tel Aviv and central Israel. pic.twitter.com/8jl8OTgWCl

Incredible. If you didn’t know better you’d think you were watching a fireworks display or something. Nope – just a missile defense system that can intercept missiles travelling at hundreds of miles per hour in mid-air. Can’t even begin to imagine how many lives this thing has saved.

I don’t know if it works all of the time, but better than none of the time eh? Just a shame there’s no country out there that wants to donate one of these to the Palestinians also. Then everyone can keep firing rockets at each other and they’ll all just be nullified in the sky and we’d keep casualties to a minimum. Just sad that we live in a world that these systems are necessary.

For crazy footage of an Israeli man driving his car into a group of Palestinians the other night, click HERE. Total annihilation.