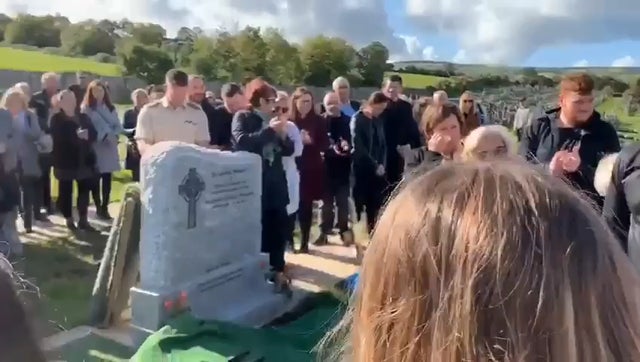 An Irish man has gone viral following his death after having his family play a recording of him at his own funeral where it sounds as though he’s been buried alive.

I know funerals are usually no laughing matter for most people, but this really is dark comedy at its finest:

Now that is how you do a funeral. Sounds like it went down pretty well to be fair, though there must have been some people there pooping their pants once the deceased man’s voice started booming out from six feet under. If he’s that funny in death, just imagine how funny this guy was in life. Guarantee you he was the life and soul of the party everywhere.

Sure there’s a small chance he was actually alive in that coffin and crying out for help before suffocating to death, but even if that’s the case, creating this viral funeral video will definitely have been worth a slow and agonising death. RIP fella.

To watch a pair of Irish lads get into a bloody fight after the friendly banter goes too far, click HERE.