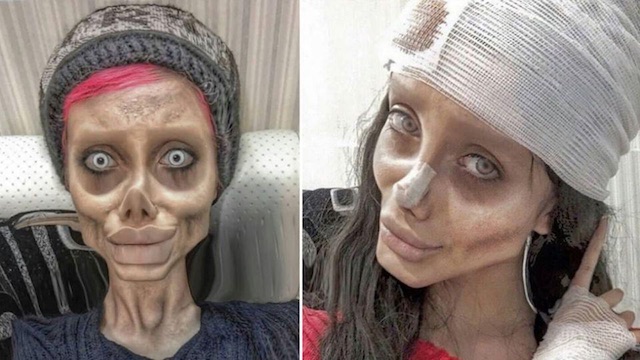 Late last week, we brought you news that the Iranian ‘Zombie Angelina Jolie’ had been sentenced to ten years in prison in her native country for ‘promoting public corruption and blasphemy’, whatever that means.

Thankfully though, we can now reveal that 19 year old Sahar Tabar has been released from jail after an international outcry about her imprisonment. The news was broken by Iranian journalist Masih Alinejad, who tweeted the following:

Great news, although it was mentioned at the time that four other bloggers had also received ten year sentences for similar crimes. Can’t find out what’s happened to them so hopefully they’ve also been released, if not it seems a bit nuts that a girl received a release because she once put on some weird makeup that made her look like a zombie Angelina Jolie.

For more of the same, check out this major outbreak of zombie deers in the USA. Wait, what?