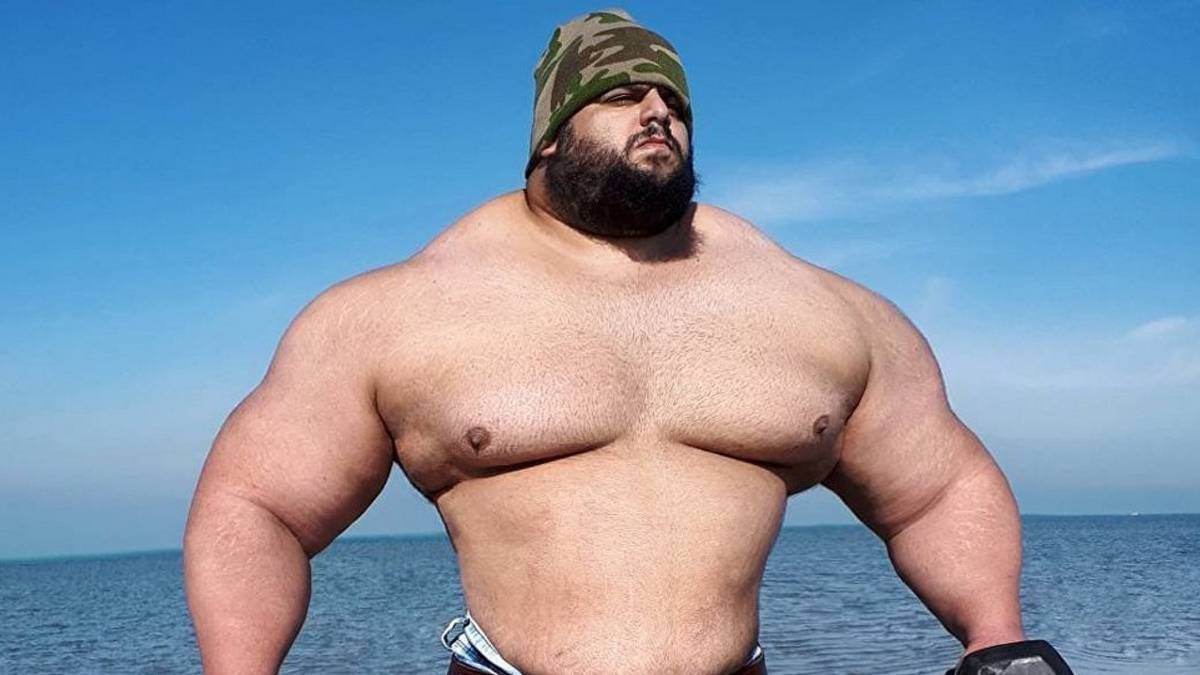 The fight we’ve all been waiting to see.

We’ve featured the Iranian Hulk on the website a few times in the past on account of how massive and weird looking he is, but I don’t know if any of us ever believed that he would actually step into the octagon for an MMA fight despite his declarations to the contrary. I mean he’s just too massive and big right? Would be surprised if he could even fit through the door of the cage.

It seems like the Iranian Hulk – real name Sajad Gharibi – is determined to prove us wrong though and has announced that he will 100% be making his MMA debut this year. Here’s what he had to say about his supposed debut:

I mean that sounds mysterious but it sounds like it’s actually going to happen, especially with the mention of those tantalising updates from the international mass media. Hopefully the Brazilian fighter he’s talking about is the idiot who’s been trash talking him for a while who is also a synthol freak, so we’ll get to see the slowest and most boring MMA fight in history.

Will probably be more like a sumo wrestling match to be honest, but you know you’re gonna tune in just because of how ridiculous the very premise is. Only 8 months left of the year so let’s get this booked in already!

For a look at who the Iranian Hulk might be fighting, click here. This guy is even weirder looking.