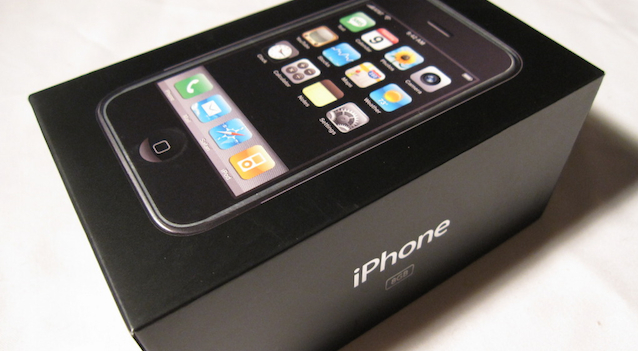 Your old iPhones could be worth way more than you think because they’re now officially classified as collector’s items.

What did you do with your old iPhone when the iPhone 4 came out? Or when the iPhone 3G came out? You probably either sold it to one of your dumb mates who couldn’t afford the upgrade or recycled it for a quick buck or even threw it away, without even really thinking anything of it at the time. If you’re lucky you might have put it in drawer and forgotten about it, because if you can find that old iPhone now then it could be worth up to $5000.

Why? Because it’s now classified as a ‘collector’s item’ and you know as soon as you stick those two magic words on something that it instantly skyrockets in value. If you head on over to the eBay ‘Completed Listings’ section and have a look at what has been going on recently with iPhone 2Gs then you’ll see that there are ones on there that have sold recently in mint condition and boxed for as much as $2000. There are a bunch of listings there too for those

Even if your iPhone 2G is in used condition then you can still get a decent price for it, or at least a better one than you would if you tried to sell it to a friend or one of those phone recycling companies, because both of them would probably refuse to take it. Actually it depends on how much of a cheap loser the friend is, but the recycling companies definitely don’t take them anymore. Used iPhone 2Gs are going for anywhere between $50 and $200 so it might be worth checking out your drawers after all in case one is lurking around in the back there.

Here are some screenshots of current listings on eBay. Considering you can buy an iPhone 5S (without a contract) for $700 then it’s probably worth keeping hold of your old phones now for the future. Or maybe just buying a bunch of iPhones now so you can sell them at a steep profit in the future. Just an idea.

Here are a few of the iPhone 2Gs currently listed on eBay:

â˜› In Stark Contrast To This: The World’s Most Expensive iPhone