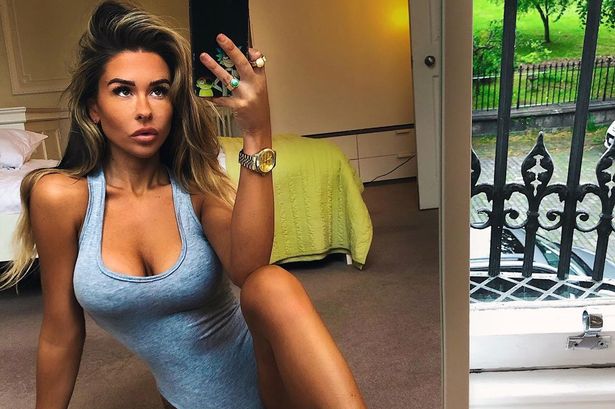 Scottish model and IG influencer Lacey Montgomery-Henderson might just look like a girl with 280,000 Instagram followers, but she’s actually a national hero as well because she had to spend A WHOLE DAY in a Thailand prison before bravely returning home to tell her story.

28-year-old Lacey was in Bangkok for a work trip where she was going to spend time with other bloggers and models, says the Scottish Sun.

She ended up in a ‘filthy, roach-infested’ Thailand jail because two pages of her passport were missing (there was a ‘liquid spill’ on the pages 5 years ago). Lacey says the prison stank, was overrun with cockroaches, and the whole experience was utterly terrifying.

I wouldn’t wish it on anyone, they treat you like animals and it’s an experience I won’t forget quickly.

Obviously no one wants to be locked up in a Bangkok prison even for just 24 hours, but if you think about it this has worked out in Lacey’s favour. Her story is making headlines everywhere and getting her more followers than she would ever get by just sharing photos of herself every day:

It wouldn’t surprise me if Lacey tore out the pages of her passport by herself and then showed up to Thailand and got herself arrested on purpose. Dare I say 24 hours in jail was worth the extra clout? There must be loads of IG models who would spend a day in a Bangkok prison to get their followers up. Not saying that’s what Lacey did but I’m just saying it’s possible.

For Instagram model who was arrested after being revealed as one of Australia’s biggest drug dealers, click HERE.