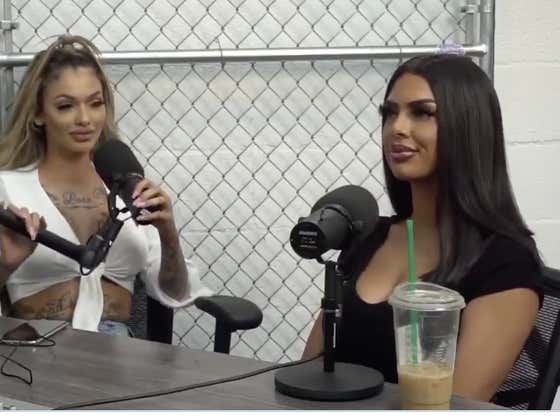 Your viral internet clip of the day comes from podcast ‘No Jumper’, in which host Adam22 spoke to Instagram models Ayyyejae AKA Aliza and Celina Powell about a number of vacuous topics, including the time Ayyyejae sucked 7 NBA players’ dicks in one night. Lovely!

Nah what NBA team was letting this girl throat them like this at the same time 😭 pic.twitter.com/2XrS4Tc4UX

Jesus, Mary and Joseph! Some girls have all the fun eh?

Get a load of the headline No Jumper used to share the clip on Instagram – “slurped up”, lol:

Over on Instagram, Aliza provided more details on the story – including that the NBA team in question was the Phoenix Suns:

The comments under the YouTube video are laugh out loud funny:

Wild stuff. Though I suppose it was a good team-building exercise for the Phoenix Suns. Hey, no harm done as long as everybody enjoyed themselves, right?

To watch an Instagram model in London freak out at a mum who confronted her for shooting NSFW content in front of her kids, click HERE. Classy lady.