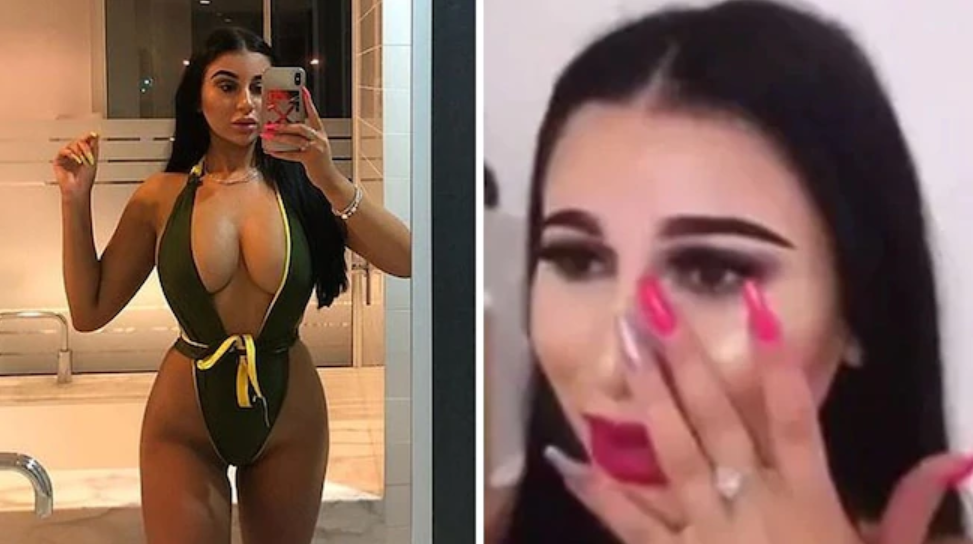 You may have noticed that Instagram has started removing Likes on posts as part of a trial run that will most likely lead to the removal of Likes altogether, which they hope will make people feel less “pressure” around the content they post (people will still be able to see the number of Likes on their own content).

Well one person who absolutely cannot handle this change is Aussie Instagram model Mikaela Testa. She has less than 50,000 followers and thinks this move by Instagram is putting her livelihood at risk. As she told The Kylie and Jackie O Show, she’s seen a significant drop in her engagement levels since Instagram introduced the changes last week.

The social media star told The Kyle and Jackie O Show that she has seen a significant drop in her engagement levels since Instagram introduced the change last week.

‘I used to work [on my Instagram] six hours a day, but now I’m working eight hours a day because the “likes” are going down!’ she explained.

‘You travel around taking photos with your bestie, and make money off that?’ he asked.

‘Yes, I even [make money] off the airlines too. That’s how you get sponsored and get free flights too,’ the woman responded.

When asked how much she earns, the influencer replied: ‘Every [one] thousand likes we get, we probably get around $1,000.’

She added that the money is also ‘dependent on the company that is sponsoring us’, meaning that prices may vary.

‘It all depends on the brand and how popular they are, and how many likes and followers we get,’ she explained. 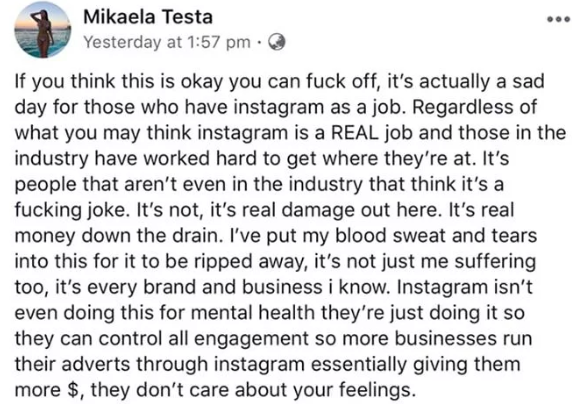 Lastly, she shared this video of herself having an emotional meltdown, calling it “a sad day for those who have Instagram as a job”. She has since deleted it from her Instagram but The Daily Mail ripped a section of it:

I’m in two minds about this because it would be so easy to make fun of Mikaela but at the same time it sounds like she is genuinely disturbed and might be in need of some serious help beyond just the 2 week break for Instagram that she’s planning.

But then you read about how she makes $1000 per 1,000 Likes (really??) and the cynical side of me reckons this viral meltdown video and all the attention she’s getting from it could just be another bit of self-promotion and that she’ll be just fine in the long run. I mean you’ve got to be rolling in money if this $1000 per 1,000 Likes thing is true. Well she’s not really the sharpest knife in the drawer so maybe she got confused and meant something more like $1000 per 100k Likes.

For the IG model who was exposed as one of the biggest drug dealers in Australia, click HERE. Take note, Mikaela.