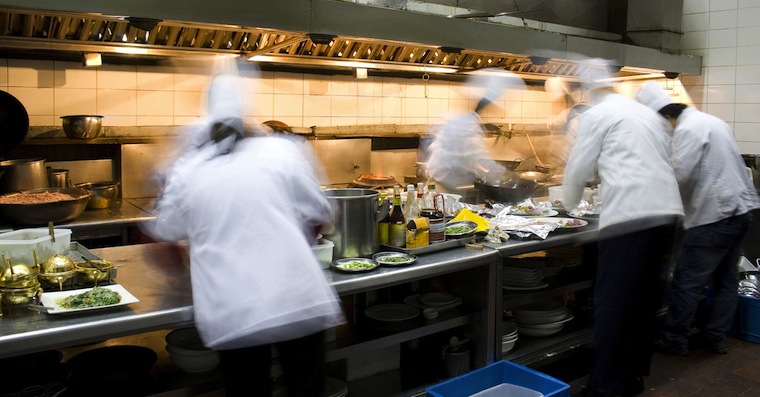 We haven’t posted a good fight video in a while so here’s probably the best/funniest fight video we’ve ever seen to make up for it.

We haven’t posted a good fight video in a while so here’s probably the best/funniest fight video we’ve ever seen to make up for it.

We’re not too sure what the beef is about, but what happens near the start of the video is nothing short of incredible. There seems to be an issue between two groups of guys and girls in a busy restaurant in Toronto. Two girls get in each others faces and start beefing. Slaps/punches are swung and a scuffle breaks out. Some dude who’s obviously a friend of one of the girls grabs the nearest thing to him and lobs it at the girls and in a stroke of pure luck (or maybe he’s just got a fantastic throw) the plate smashes right off the girl’s face. It really is a magical moment that we needed to watch over and over again.

â˜› Next: VIDEO: Bitch Get Off Of My Bus! Cleveland Bus Driver Uppercuts The Shit Out Of Teenage Girl

After the girls have finished beefing the guys start to get involved, and at one point someone who’s obviously in the S.W.A.T. team turns up and shit gets real crazy. I hope you enjoy this as much as we do. Check it: