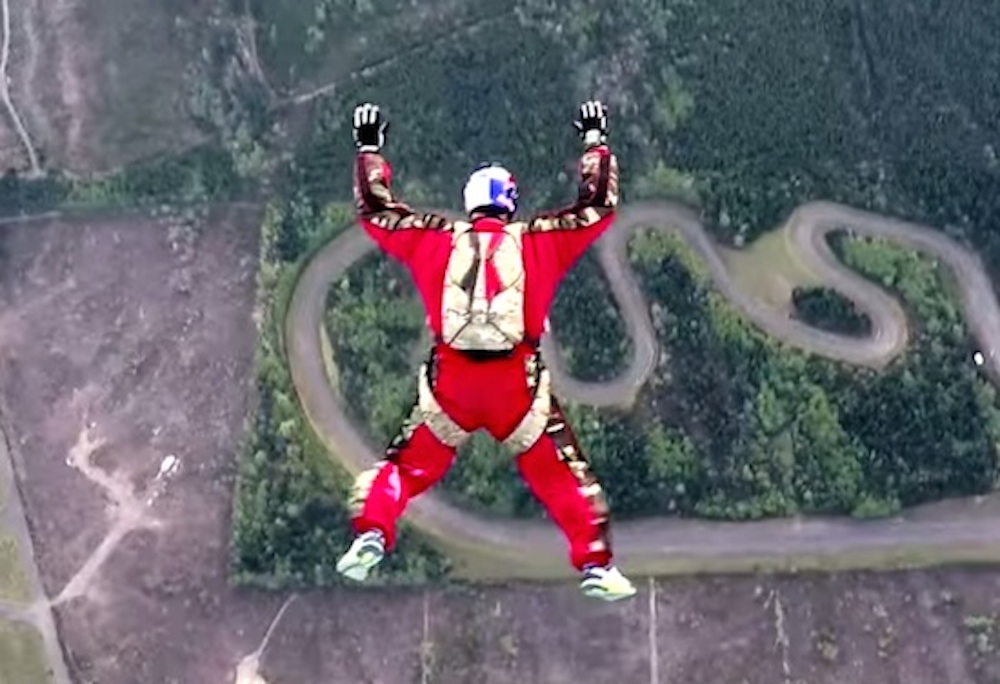 He plans to land in a specially designed custom net. What!?

A guy called Luke Atkins is planning the “Heaven Sent’ skydive in which he wants to fall 25,000 feet into a specially designed net without a parachute. Yeah, without a parachute. If that doesn’t sound insane to you then I don’t know what does, because to be honest it even sounds crazier than Felix Baumgartner’s edge of space jump.

In fairness to Atkins he isn’t just some crazy fool with no idea what he’s talking about – he’s a professional skydiver with over 16,000 jumps to his name – but even so falling 25,000 feet without a chute sounds like suicide to me. Atkins claims he wants to push the boundaries of skydiving and he’s probably going to do that with this jump, it’s just a question of whether or not he’ll make it out alive afterwards.

If he does though, then this could be a new extreme thrill for people looking for that next massive buzz. Someone at some point is inevitably going to die whilst attempting ti though, I can tell you that now.