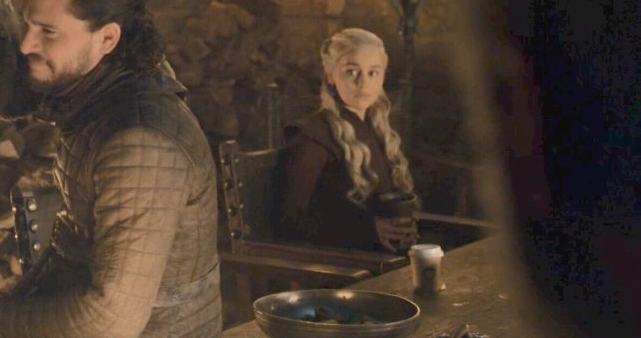 ‘It’s clearly not even from Starbucks! The nearest Starbucks is miles away!’

The whole internet has been in meltdown for the past couple of days after someone noticed that a coffee cup had been left on a table during a scene in Game Of Thrones and nobody had noticed and the episode had actually been allowed to air, but it turns out that assumptions that it was from Starbucks were completely and utterly false.

The cup actually comes from local independent coffee shop Paper Cup – located in the Titanic Quarter in Belfast where Game Of Thrones is shot – and its owner John McKinney is disgusted with the fact that Starbucks are getting so much credit for it. Turns out the whole cast were regulars too as Sophie Turner also posed for a picture with a cup at some point too.

McKinney is still angry about the situation though it seems, saying the following: 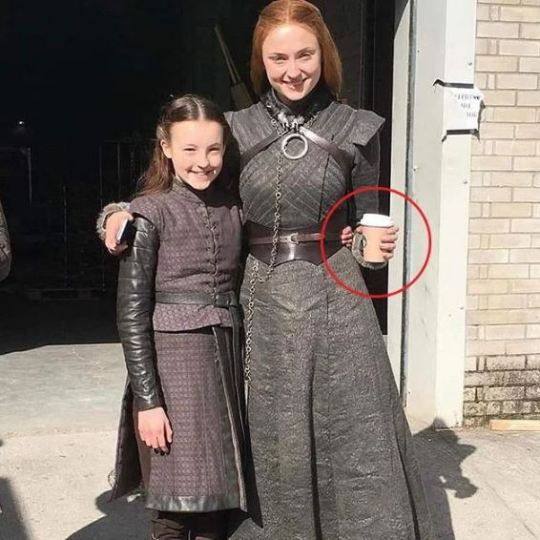 It takes the promotion away from smaller businesses that need it, such as ours, or someone else’s whose cup it could’ve been.

It’s clearly not even from Starbucks! The nearest Starbucks is miles away.

Emilia Clark used to come in a lot, but I can’t remember what it was she had.

But she really loved bagels. She would have them a lot.

If you’re a fan and want to come in then feel free, but don’t expect any spoilers!

I can maybe show you a chair or something where they read the scripts.

Yeah he doesn’t sound too happy does he, but in fairness it doesn’t really sound like he’s got much of a clue on how to capitalise on the fact that people from the biggest TV show of all time used to come into his coffee shop to hang out either. Really gotta try and market that shit if you wanna be successful dude.

Not really sure if Starbucks were even claiming that it was one of their cups used during the scene either or whether everyone just assumed that because it looks like one and they’re the biggest global coffee shop, so maybe it’s a bit harsh to criticise them too. Anyway, hopefully this article helps to set the record straight and get Paper Cup’s name out there. Fingers crossed.

For more of the same, check out this dude who has been banned from watching Game Of Thrones by his girlfriend. Awful.