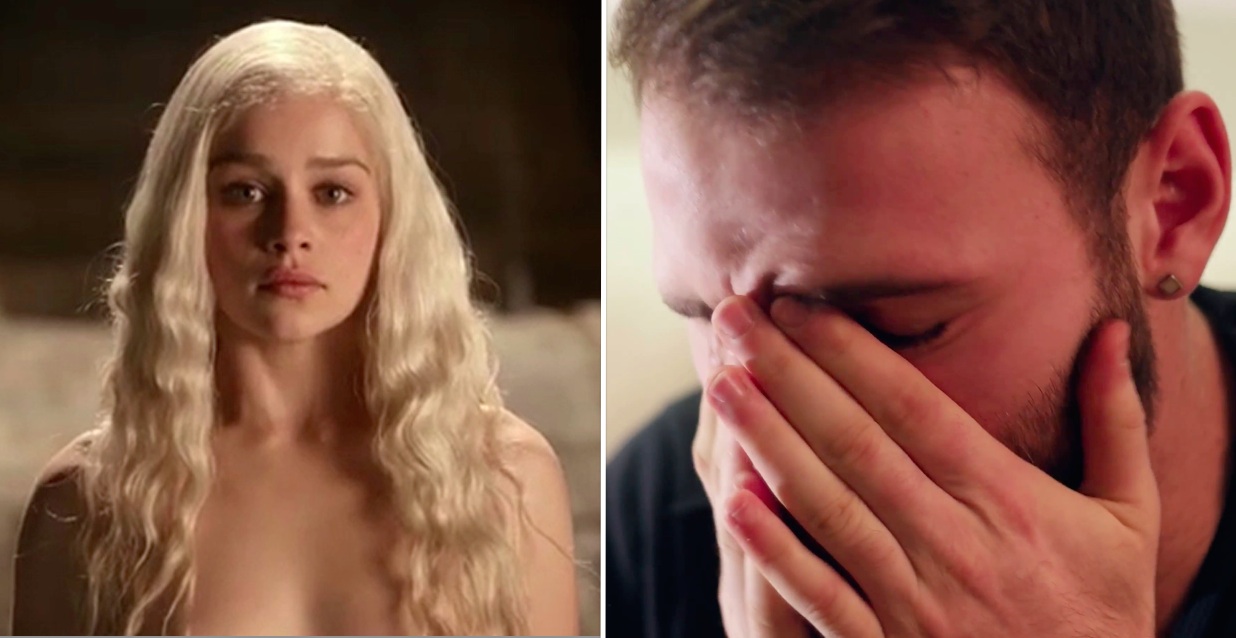 It’s winter all year round at this guy’s house.

Let’s face it – the instant draw to Game of Thrones wasn’t its fantasy setting, or its world-building. It was the unrivalled levels of sex and bloodshed.

As we reach the conclusion of HBO’s epic fantasy tale, one dude has taken to Reddit to reveal how his killjoy girlfriend won’t let him watch the show for the aforementioned reasons.

In a recent post on the site, the poor man asked for advice from the online community, writing:

So I watch Game of Thrones. My gf was watching it for the first time last night. I woke up to her ranting about the series saying, ‘There’s nothing but tits in the series.’

She then started shitting on me and saying that’s the only reason I watch it. I told her I do not get turned on by that, and then I said, ‘You’re getting jealous of me watching a TV series.’ She said, ‘No, I’m jealous of the tits.’

Also, she has made me watch Magic Mike with her before, so I thought she was pushing some double standard. She won’t talk to me now. Am I in the wrong here? 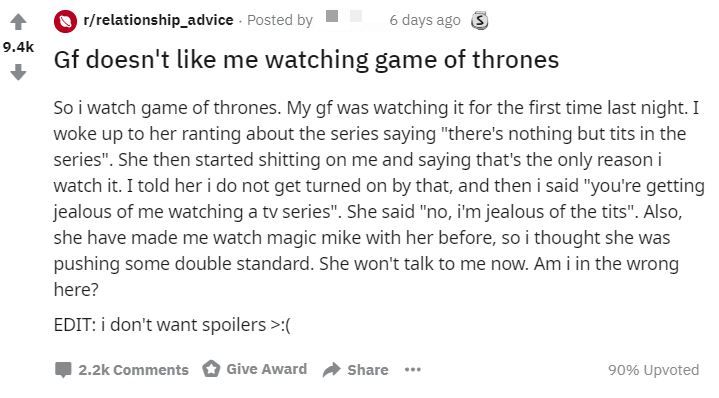 Poor guy – if his girlfriend is getting jealous of a goddamn TV show, I can’t imagine what she’d do if he dared to so much as look at another girl on a night out or have a female friend. He’d be toast.

Also, you’ve got to question her double standards, making him watch Magic Mike – a film about male strippers – but getting pissed at him about GoT. Yes, it’s full of nudity, but there’s a lot more to the show than that.

One person who agreed with this sentiment wrote:

The double standard is the most worrying thing. She’s obviously projecting her experience of watching TV and movies onto you.

A few others were also on hand to offer this guy some advice:

That’s a new level of jealousy. I’m in awe yet saddened by your situation. You’re definitely not in the wrong.

No update from the guy yet as to whether he’s dared to speak to his girlfriend about this worrying issue, but hopefully he plucks up the courage to do so – and if she says no? It’s probably time to move on.