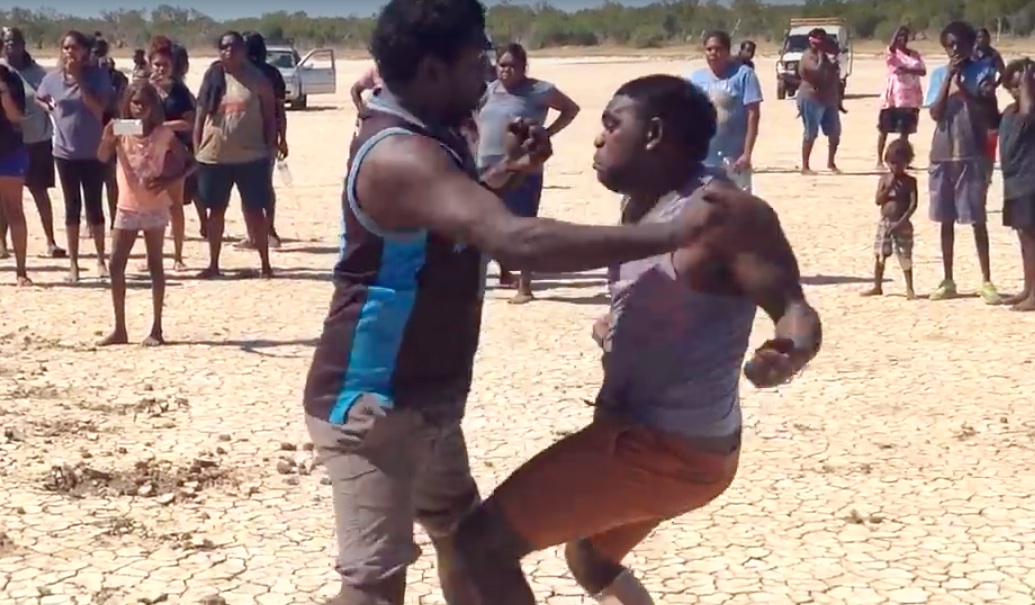 Everybody always goes on about MMA and how brutal it is and to be honest, it’s true. But in 2016, people want to see people kick the absolute shit out of each other with as few safety precautions as possible, which is why MMA and bare knuckle boxing are such popular sports to watch now.

MMA is a bit harder to get started in because you probably actually do need some training, but pretty much anyone can get into a bare knuckle boxing match with someone and have a go. The only requirement is that you’re hard as nails really.

The video below features two native Australian aborigines throwing down somewhere in the desert in an absolutely brutal bare knuckle boxing match of which there can be only one winner:

Ouch. That was a serious shot the one guy got clocked with at the end. I like the way that they don’t have to knock each other out either, one guy’s just like ‘nah that’s enough’ and it’s over between them. True respect between opponents – the way it should be.

Gotta give a shout out to the cameraman as well. Steady camerawork, high production values and the camera is actually facing the right way on one of these videos for once. Props, and props to the crowd too for being respectful and not shouting ‘World Star’ every couple of minutes. Hope we get to see more of these videos from the outback soon.

For more bare knuckle boxing, check out legendary undefeated fighter Bobby Gunn’s comeback match. That’s how you do it.