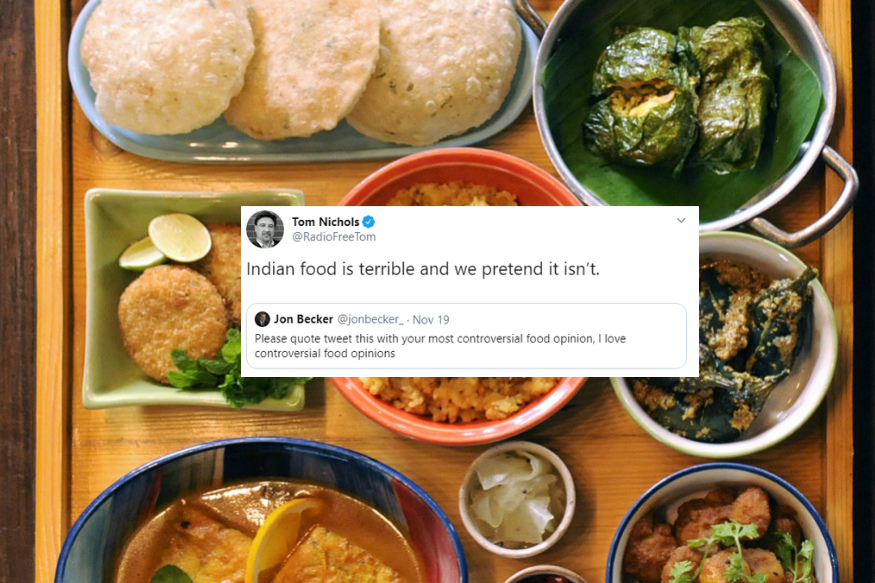 When Twitter user John Becker sent out a Tweet asking for people’s most controversial food opinions the other day, he got a whole range of responses including one lunatic who dips his french fries in ice cream and a surprising number of people who hate watermelon.

The most controversial food opinion however belonged to US uni professor Tom Nichols, who caused an absolute shit-storm with the following Tweet:

Indian food is terrible and we pretend it isn’t. https://t.co/NGOUtRUCUN

Now anyone with functioning taste buds knows that Tom Nichols is 100% wrong about this, but the sheer amount of abuse he got over his opinion was mind-blowing. As is usually the case on Twitter, the whole thing got twisted into a race issue, and many decided that the reason this one unknown white professor out in the States hates Indian food is because he’s a racist:

Trips over himself with eagerness to spew racist bullshit in the name of “I’m going to say something controversial tee hee.”

Then chortles at the clapback: “People are tOuChY.”

Why yes, centuries of colonial slaughter, plunder, and mass starvation tend to have that effect.

Tom Nichols is racist and we pretend he isn’t

I had not seen that Tom Nichols tweet when I did this thread and obviously that doesn’t apply here because he’s not actually expressing a food opinion, he’s just being racist.

A typically racist comment. When you don’t have a sense of smell and your palate can only ‘deal’ with bland food, of course you would say shit like this! Go have your mayo sandwich and leave us to enjoy #IndianFood 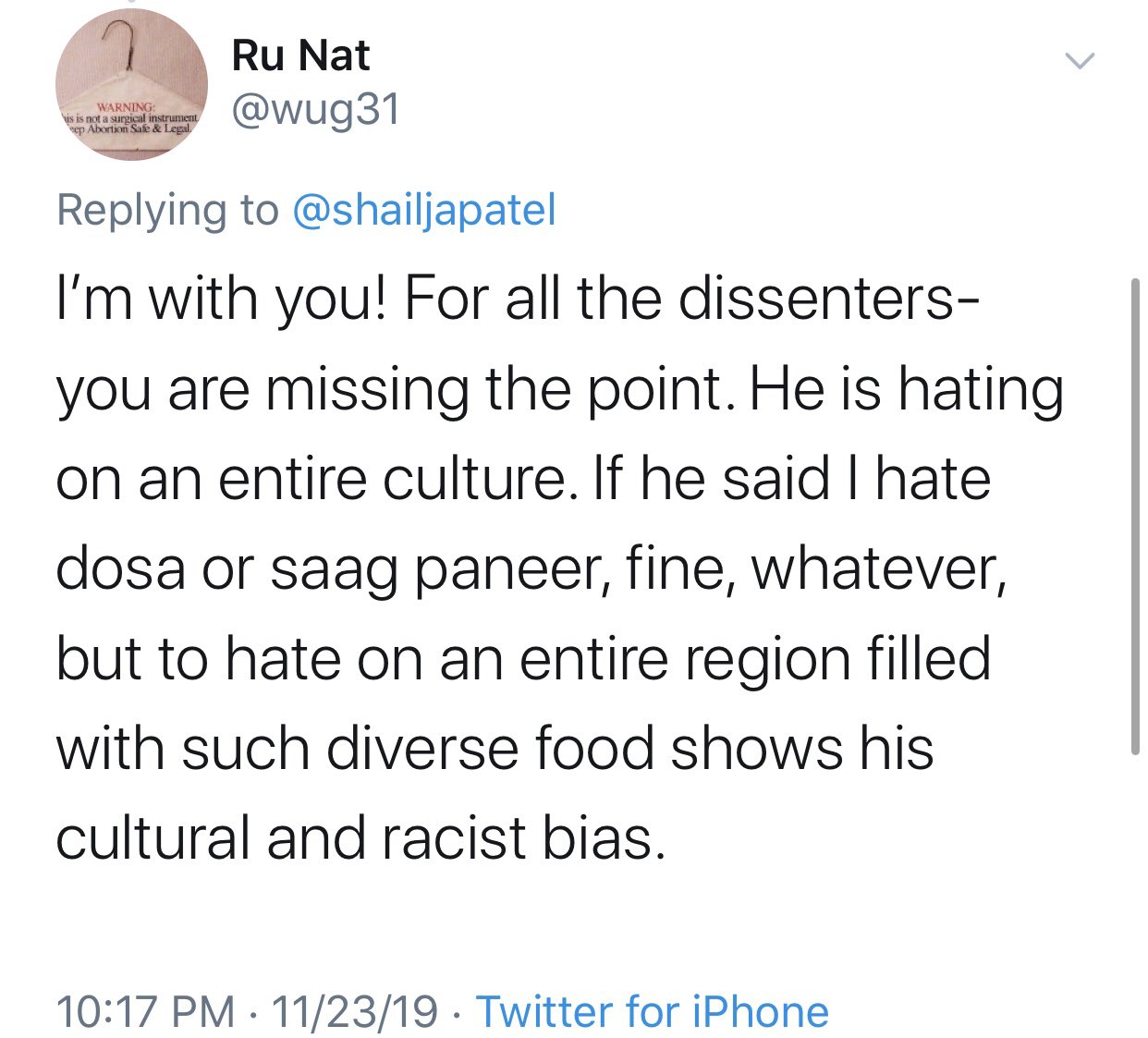 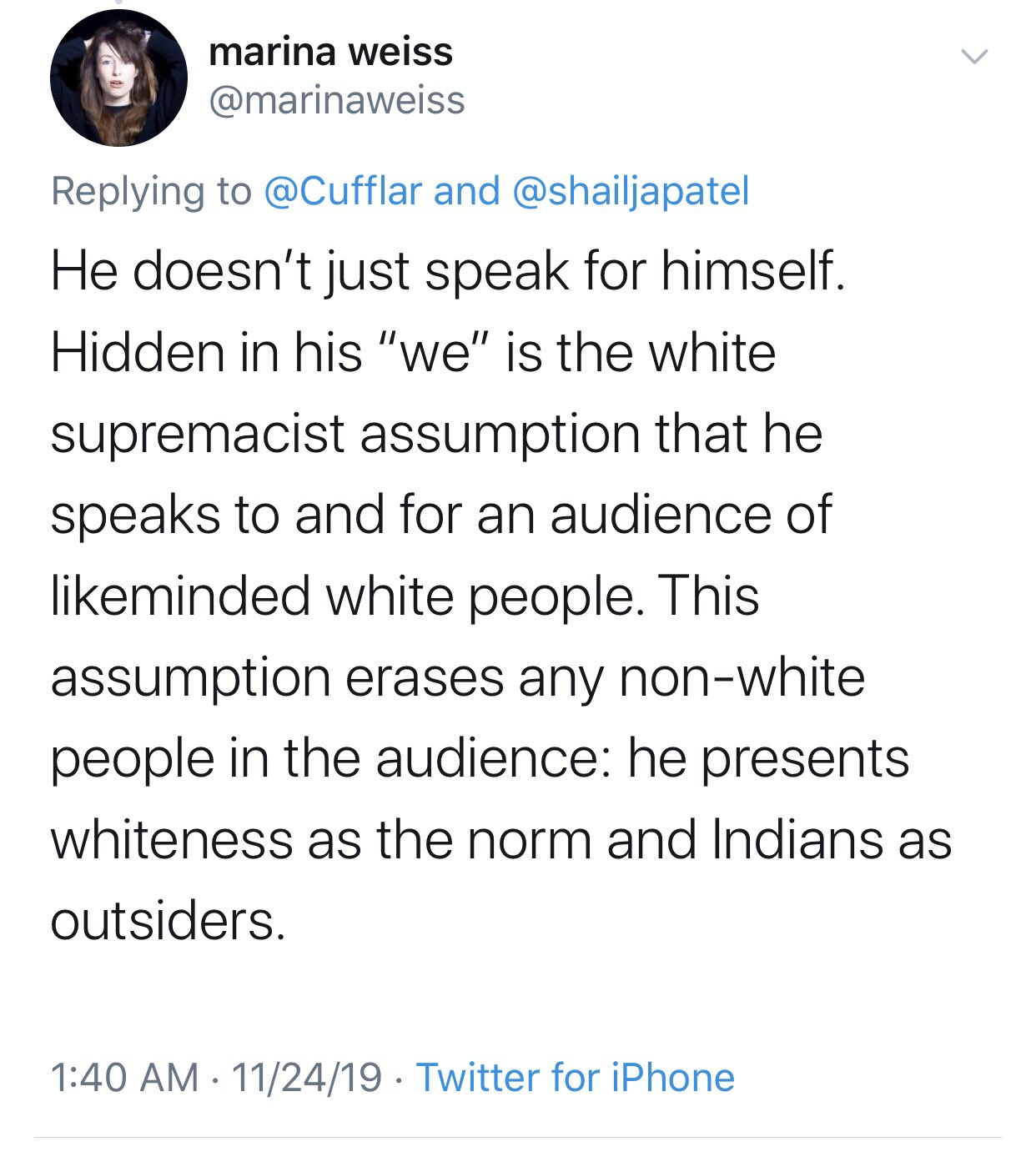 Just a bit of an overreaction from the outrage brigade? Again, Indian food is amazing and Tom Nichols is wrong but just the sheer freakout over his Tweet goes to show the state of the culture at the moment. Just endless outrage from people who legit think you’re a terrible person if you don’t like a particular type of food.

Plenty of people were happy to take the mickey out of him without turning it into a race issue so fair play to them. Many also disagreed with him while defending his right to have a completely shitty opinion on Indian food. Should have just ‘OK Boomer’d’ him and been done with it really.

For the chef at a gourmet restaurant over in Swindon who was caught buying dog food from the back of a van, click HERE. Maybe that was Tom’s one and only experience with Indian food?