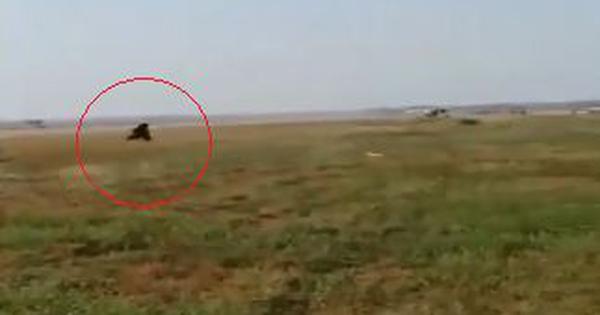 A barrel of monkeys that has been terrorising an airport in Ahmedabad, India, are being dealt with in ingenious fashion – by getting one of the workers to dress up as a bear and chase them away.

You would think there’s some kind of animal control service they could call or something but it looks as though this employee at Sardar Vallabhbnai Patel airport is doing a decent enough job on his own:

I know what you’re thinking – how demeaning and embarrassing and soul-crushing for this airport worker to dress up in a bear costume and chase monkeys around all day. But TBH after watching the video a couple times I reckon this guy should be laughing at us. I mean look at how much fun he’s having sprinting across those fields in his bear costume! Of course you’d rather be chasing monkeys in a bear costume than doing anything else at your 9 to 5. It’s a no-brainer.

Just as long as they don’t go Planet of the Apes on you (NSFL), it looks like a whale of a time.