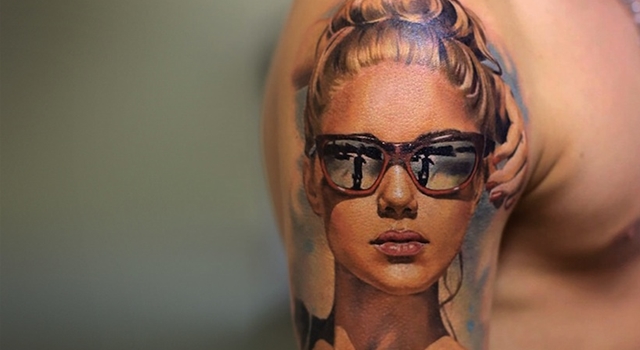 Valentina Ryabova is a Russian tattoo artist, and she’s a little bit good. Here at Sick Chirpse we’re more likely to celebrate the down-right awful or the hideously extreme tattoo designs out there; but today we’re taking a peek at someone who really has her finger on the pulse. Ryabova knows her way around a tattoo gun. 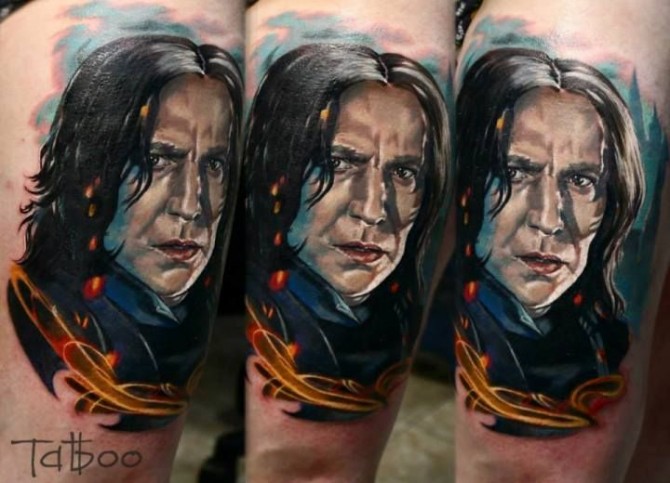 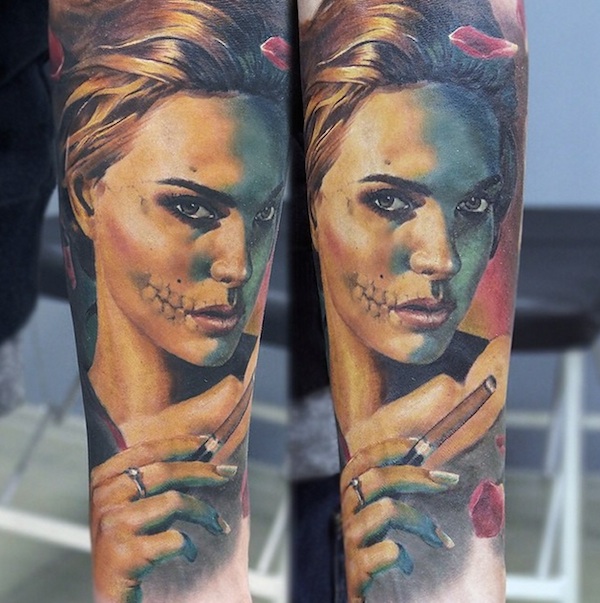 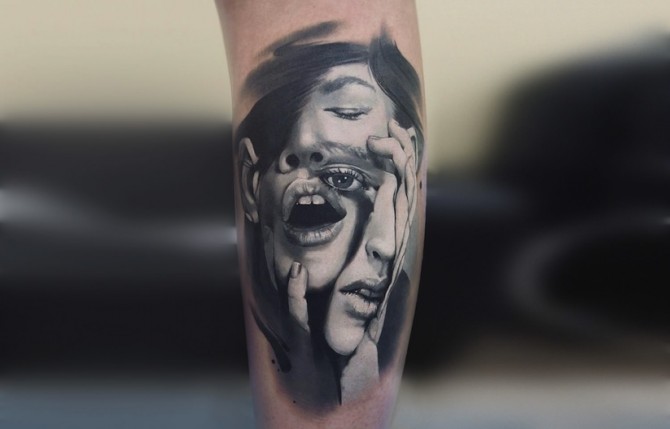 Ryabova is native to St Peteresburg and, amazingly, is a self-taught tattoo artist who’s only been doing it for less than two years. She did study fine art, so obviously had some preexisting talent, but she decided not to take the regular path of designer or studio artist. She took the left hand path instead. 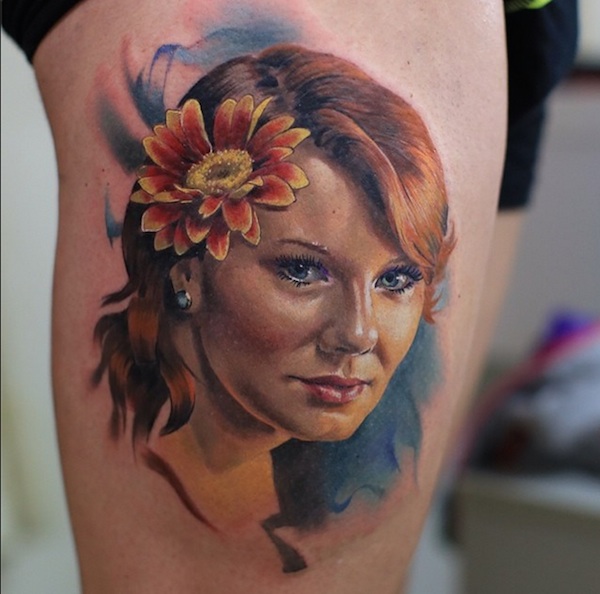 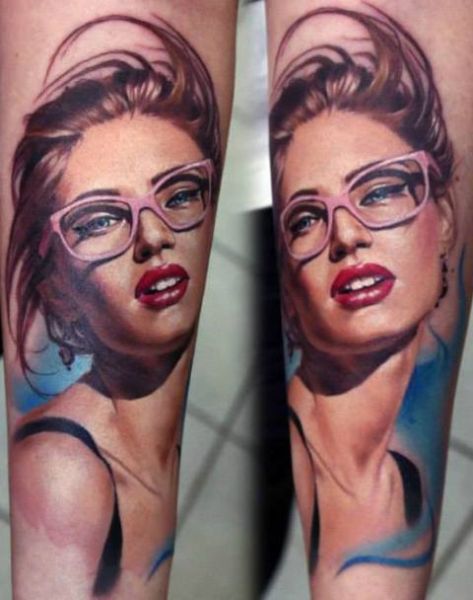 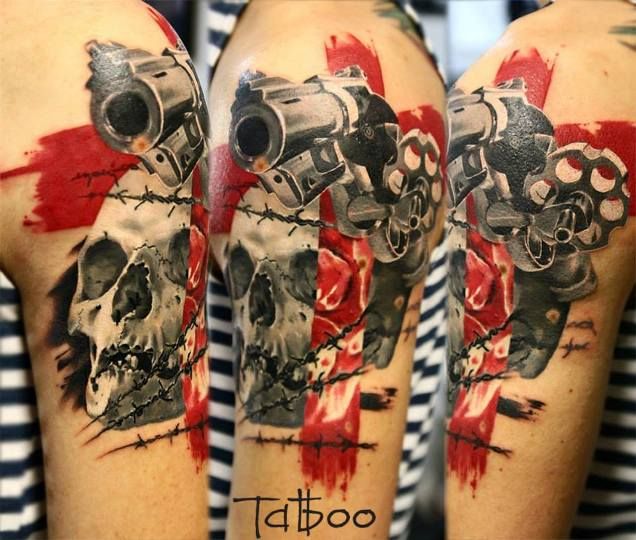 Mostly working from photos and rarely doing preliminary sketches, Ryabova has a canny knack of replication. The realism she attains is pretty mind-blowing. Ryabova doesn’t smoke or drink (which probably helps with the steady hands), but she admits that she enjoys pole dancing and shibari, which is some kind of odd ancient Japanese rope tying/bondage art thing. Here she is having a go at it… 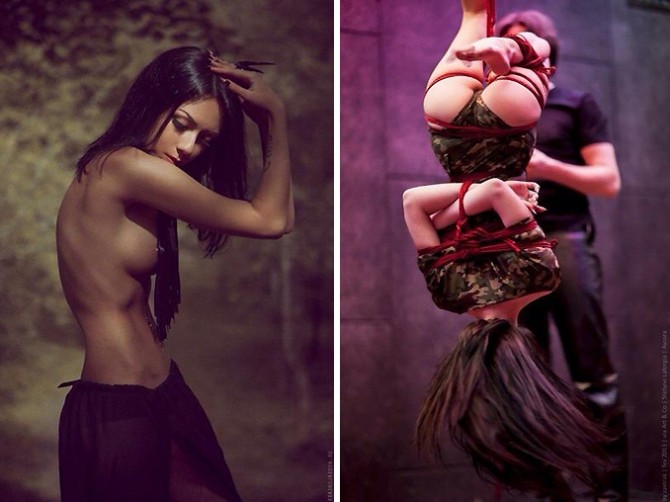 Being a miserable git I always wonder whether old man time will be kind to the accurate lines and delicate shades of her skin art. But who cares I guess, we’re all gonna die any way. However much time you stay in the sun they’re never likely to look as dark and scruffy as these Russian prison tattoos, and they still look awesome so whatever. 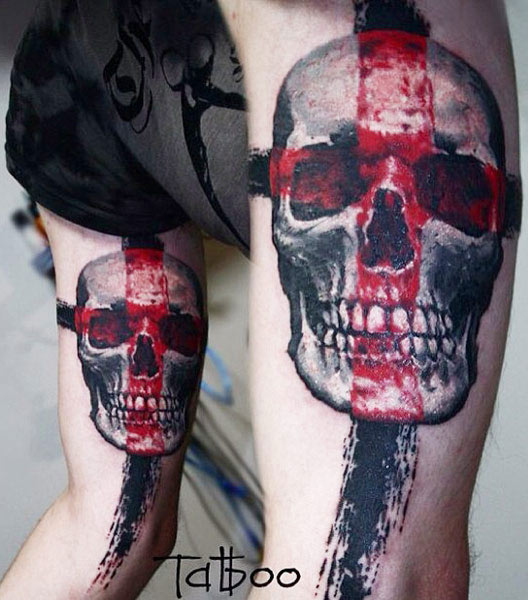 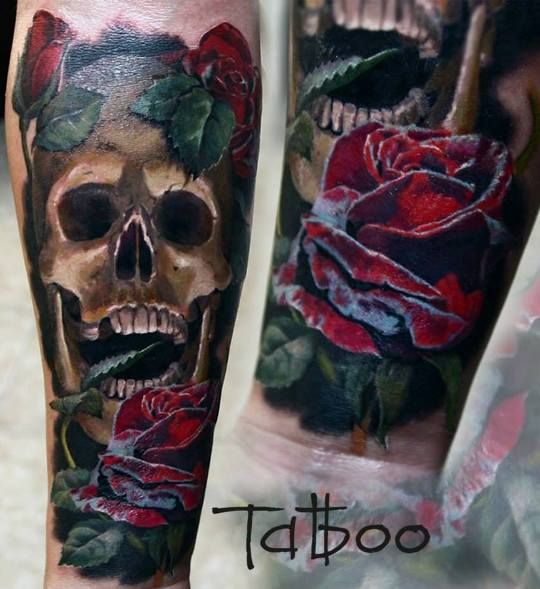 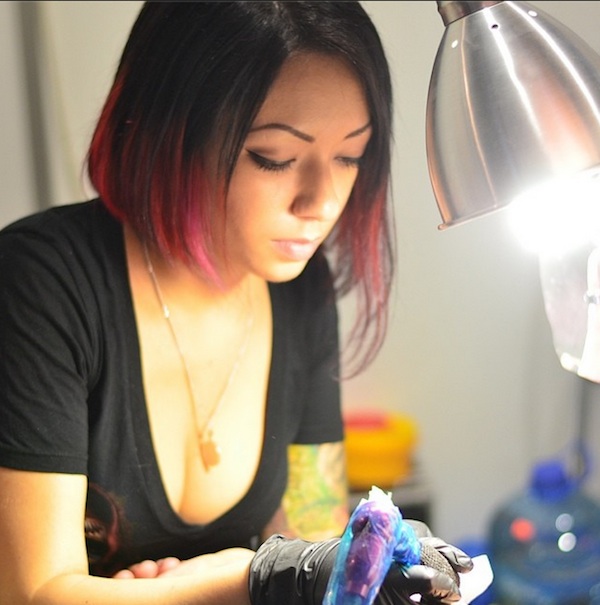 She’s not bloody bad is she?