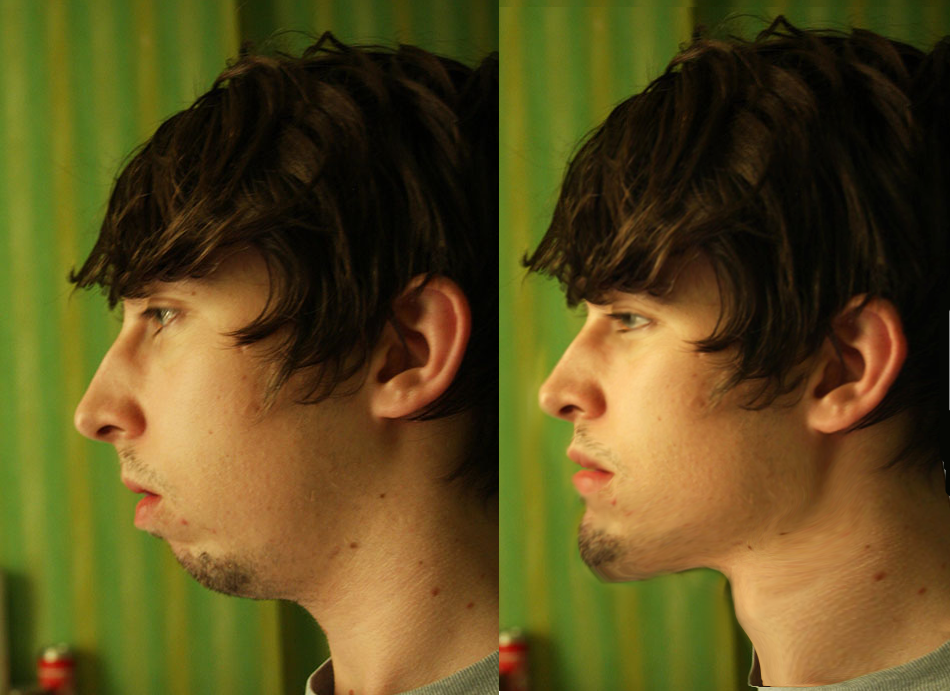 The type of stuff these weirdos post can be pretty extreme and upsetting, so be warned before you carry on reading.

For example, how about this bit of casual paedophile chat on Blackpill.is from a pair of woman-hating incels:

Ah yes, mature females are “brainwashed” because they don’t want to shag misogynistic weirdos who have no game. Older women see through their rapey BS and that’s why they go after teens – they are easier to manipulate/groom.

I guess it’s easy to justify that behaviour when you see yourself as an oppressed slave tbf: 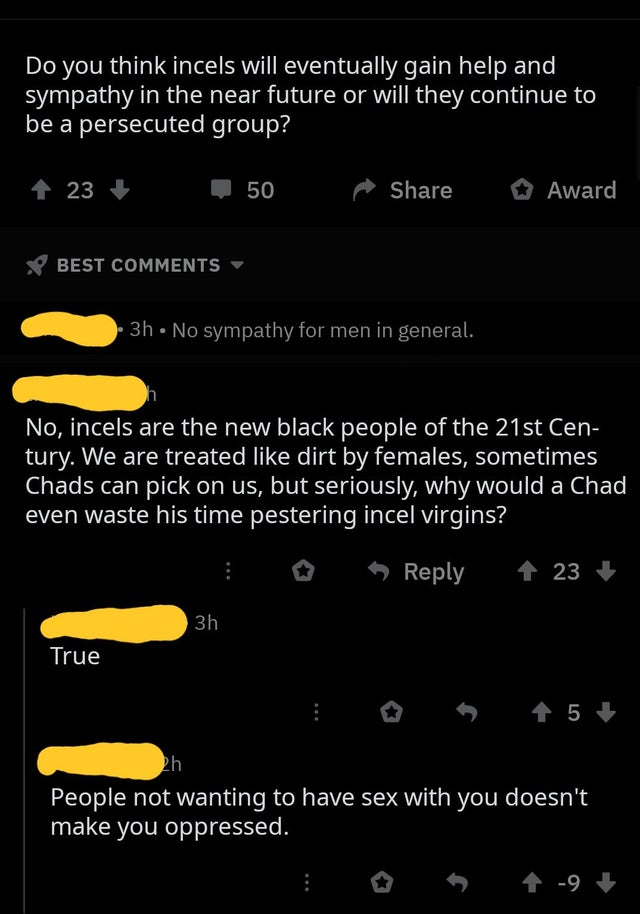 Well, maybe being an incel is like being a slave, except you’re only a slave to your own mentality. 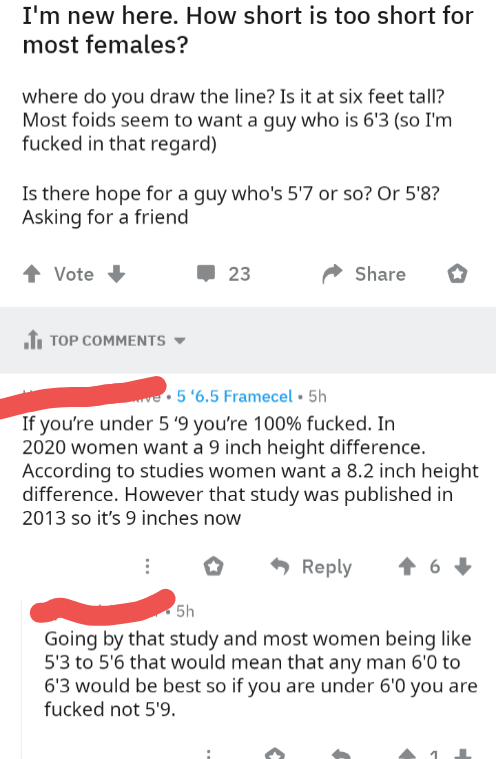 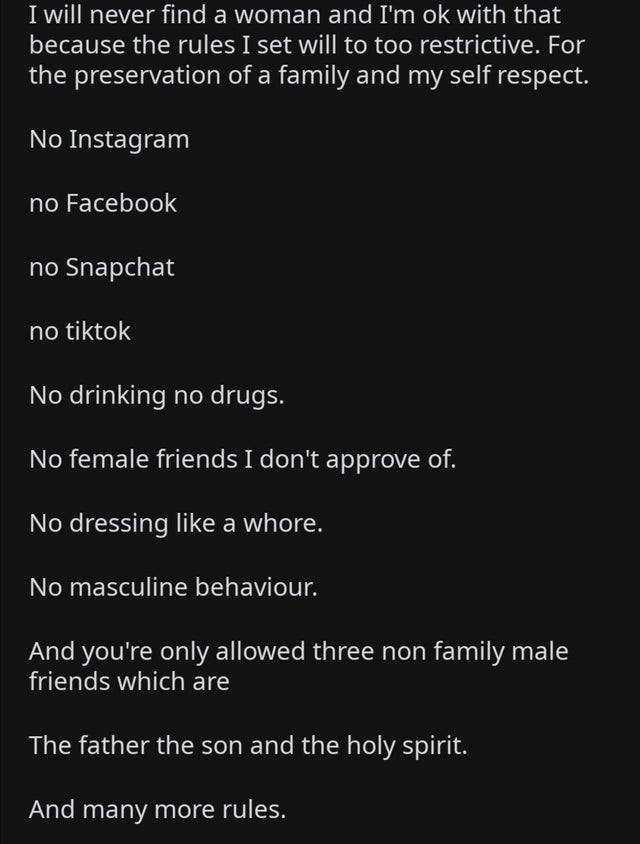 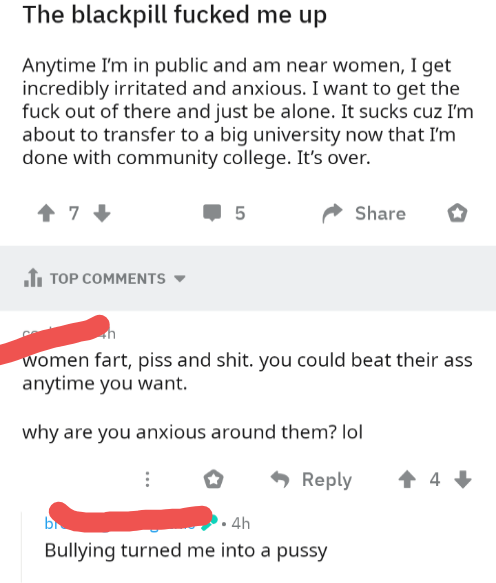 They support each other by telling each other to kill themselves (on a ‘Rate Me’ post no less). Get a load of this utter savagery:

How about advocating for domestic violence:

It’s not all doom and gloom however. Other incels are a little more optimistic. This guy on incels.co is willing to do whatever it takes to bag himself a girlfriend by December 31st, 2020. Otherwise, he’ll just kill himself – no biggie:

How great would it be if he stuck to this plan and became so satisfied with his self-improvement that he actually just kept on living and enjoying life instead of worrying about getting a girlfriend?

At least he’s putting in some effort, which is more than can be said for many of his incel brothers. 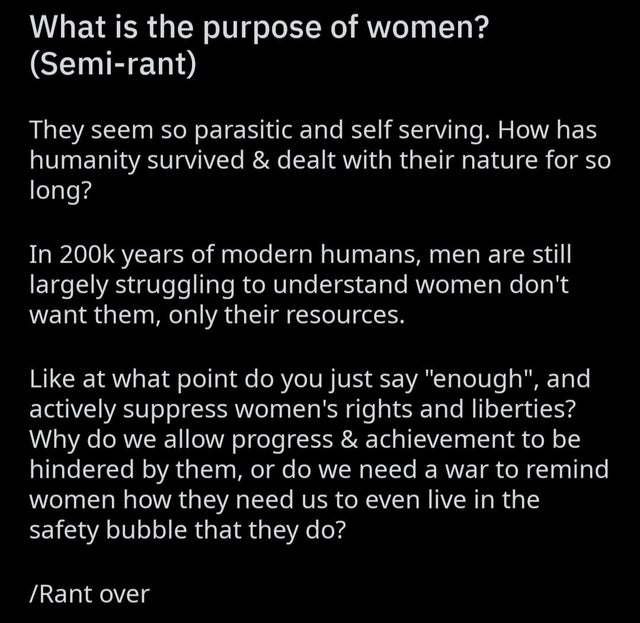 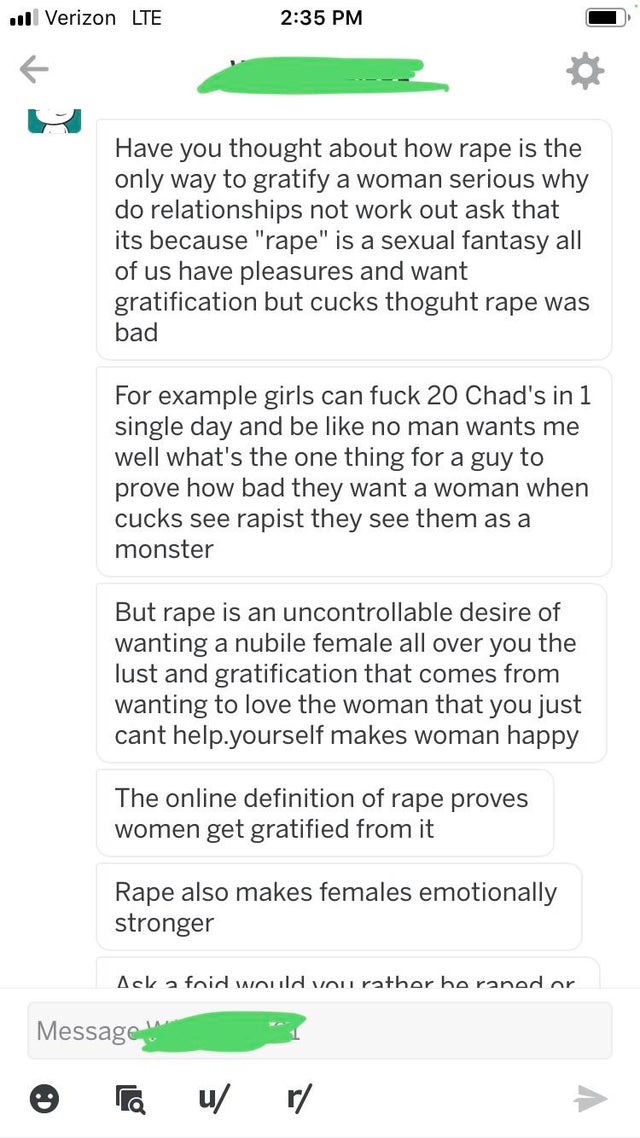 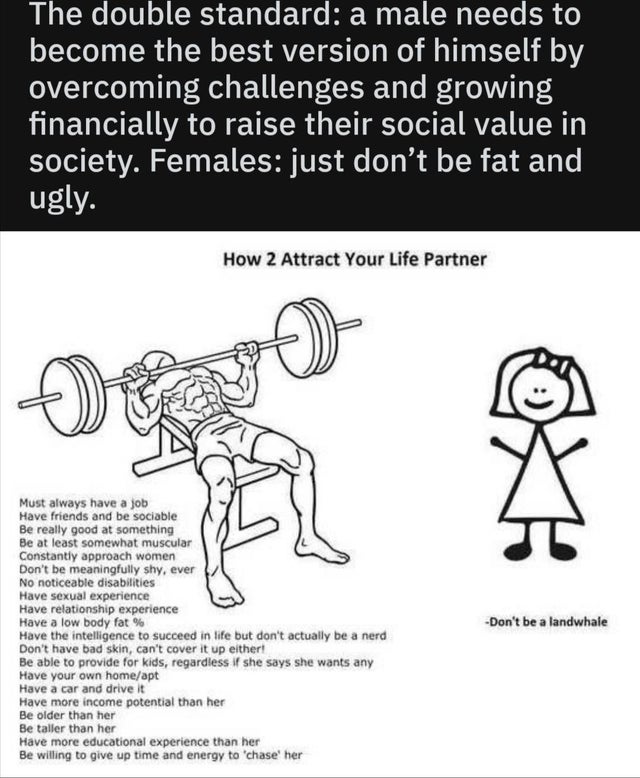 Gosh this is depressing. That’s why it always helps to look on the bright side of being an incel  – it’s all about perspective as this guy points out:

And that’s it for another week. Pretty sure we may have stumbled across a number of pre-crimes but let’s hope these guys get the help they need or at least if they’re going to be awful human beings for the rest of their lives, keep their vindictiveness contained within the confines of their basements.

For the previous instalment of Incel Files, click HERE.