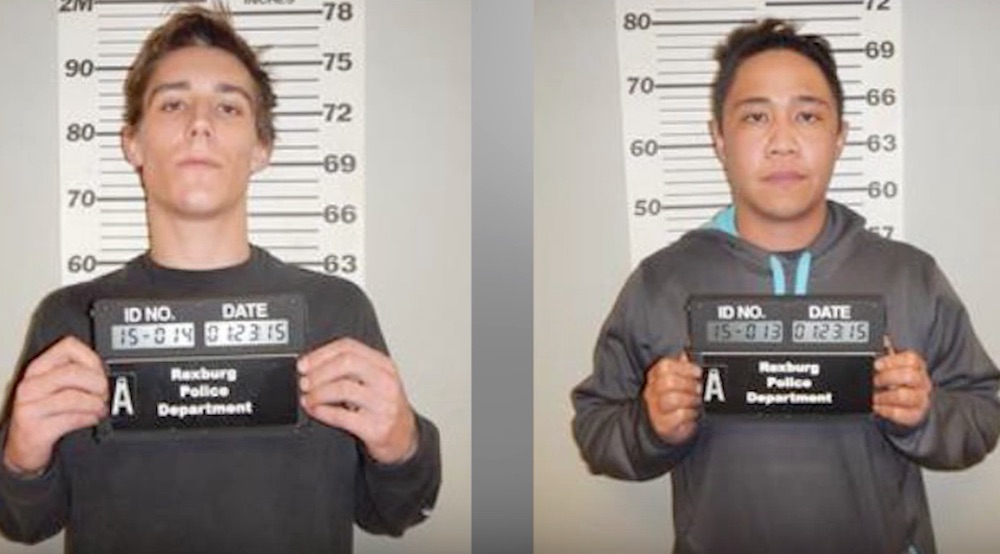 If you’re going to smuggle a shit tonne of weed across international borders, then you probably need to stay cool calm and collected to ensure that you don’t get busted by the border cops.

It probably isn’t a good idea to smoke some of your stash whilst embarking on the process. It’s even less of a good idea to get so high off it that you get so paranoid about a random car following you that you end up calling the police and turning yourself in.

That’s exactly what happened to these two jabronis Leland Ayala-Doliente and Holland Sward over in the States though, and to make it even more embarrassing they weren’t even smuggling the gear up from Mexico – they were just travelling from Las Vegas to Montana. They got so spooked by cars following them that they pulled over the car, called 911 and waited for the cops to show up with their hands behind their heads.

It seems pretty clear that the guys following them weren’t actually cops and they were just way too baked, especially when you listen to the 911 call they made below

Wow. That must have been some dank shit because you couldn’t really make that story up, could you? It sounds like something out a bad Harold and Kumar movie.

District Judge Greg Moeller suspended the judgment and placed Sward on probation for five years and ordered him to serve 30 days in jail. Ayala-Doliente was sentenced to 1 1/2 to eight years in prison – his sentence was increased after he tested positive for weed and cocaine when he showed up for sentencing. Whoops.

What a pair of absolute dumbness – even dumber than the kids who tried to pick up weed off Instagram.