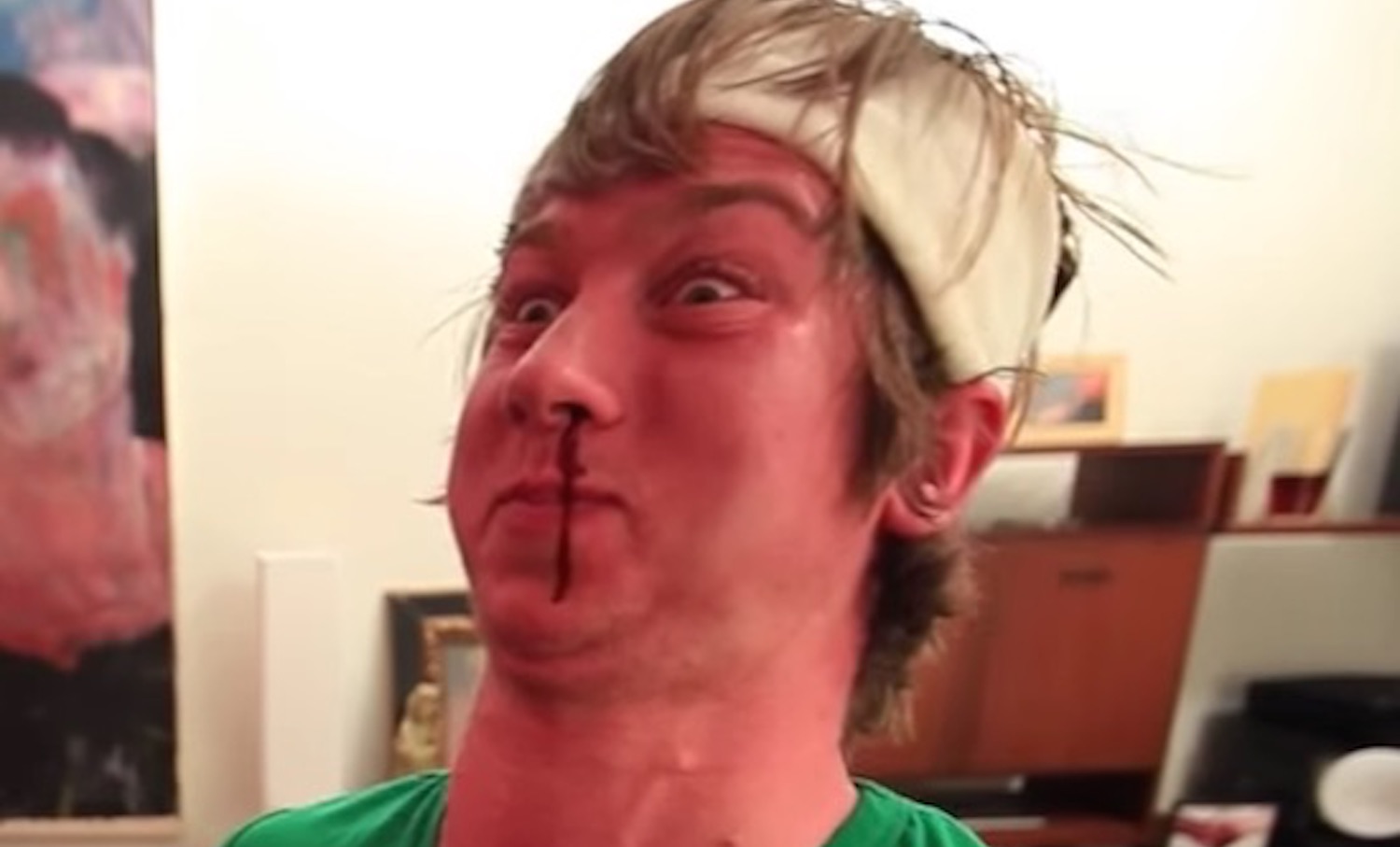 There are a lot of useful things you can learn to do in this world, but I don’t think the skill of being able to give yourself a nose bleed ranks that highly up there for most people.

The guy in this video seems to absolutely love it though, for whatever reason. I’m not sure about the background to it – apparently he was getting ready to shoot a video, but I don’t really get why he would need to have a nosebleed to be in said video? Nevertheless, the guy demonstrates his talent for giving himself a nosebleed by just tensing and then follows it up by fainting immediately. Fantastic:

Yeah, pretty goddamn stupid, but I suppose if that’s your one special skill, then you might as well flaunt it and go all out with it. Fair play.

For more nosebleeds, check out the aftermath of a horse’s nosebleed. Literally looks like a massacre.