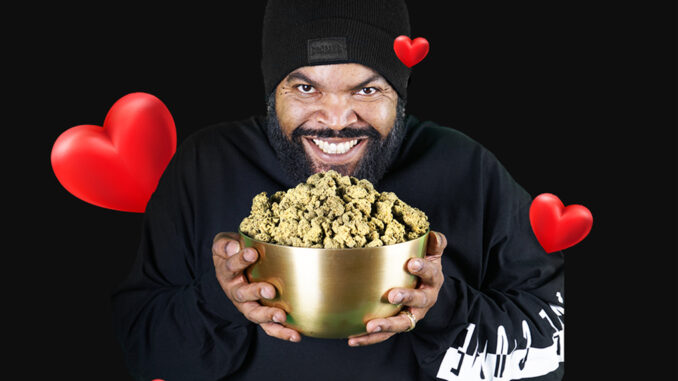 It seems fairly obvious that weed is big business over in the United States right now as more and more states seek to make it legally available and so it makes sense that some of the biggest advocates in the game would start releasing their own strains for their fans to sample.

The latest one of these is none other than legendary NWA rapper Ice Cube, who has decided to release his own brand of weed known as ‘Fryday Kush’. He made the announcement via his Instagram account:

Anyway, if the fact that Ice Cube is endorsing this brand of weed isn’t enough to convince you to get involved, then maybe the fact that he’s teamed up with Caviar Gold to do so will be enough, as apparently they’re the only manufacturer on the marijuana market to have their own patented production process. They add 98% pure THC to their marijuana, making the strongest and highest quality flowers on Earth. Sounds good to me you know.

For more of the same, check out Seth Rogen’s own marijuana brand. Wonder which one is more potent hey?