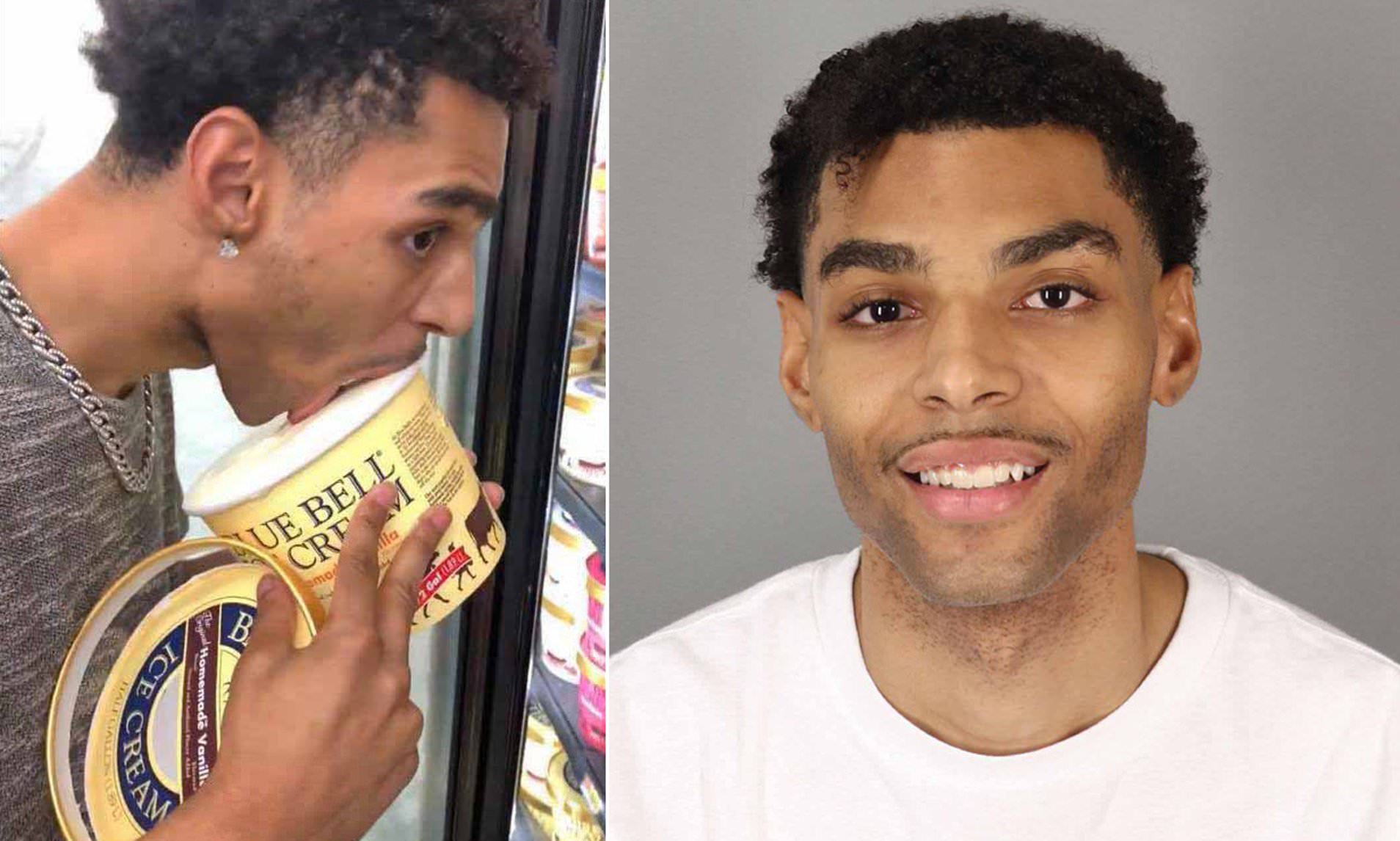 Justice has been served.

Remember that weird trend last year where a bunch of pricks were going around opening ice cream tubs in supermarkets, licking the contents, and then putting them back in the freezer?

Well one of these idiots has just been sentenced to 30 days in prison for his own effort in Port Arthur, Texas, which went viral last summer. Here’s a reminder:

30 days in prison for D’Adrien Anderson who licked a tub of ice cream all for social media likes. Seems fair enough right? A good deterrent for anyone else thinking of doing the same thing.

Except, according to ABC 30…

He ended up buying that exact product, the store confirmed.

He and his father also returned to Walmart to show officers his receipt for the ice cream.

Um, what? That kinda changes everything, doesn’t it? If you lick some ice cream in a supermarket and then purchase it instead of putting it back in the freezer, that should be OK, no? I mean he probably still deserves some sort of punishment for being a moron and encouraging that sort of behaviour, but at the end of the day he bought the ice cream he licked so no harm done. 30 days in jail suddenly seems very harsh indeed.

Not to mention the rest of his punishment:

Along with the jail time, he will be required to complete 100 hours of community service and pay a fine of $1,000.

Wow. Prison time, community service and a fine. How useless was this poor kid’s lawyer? I get they want to make an example of him but this all seems unbelievably harsh for someone who licked an ice cream and pretended to put it back, when in reality he bought it. Give him the fine and community service at worst, but a month of his life in prison?!

Oh well, if it deters freaks like this from swilling mouthwash and putting it back on the shelf…

….then maybe it’s worth it. Don’t fuck around in supermarkets, especially not in Texas.

For the new technology McDonald’s is installing to ensure their ice cream machines never break down again, click HERE.