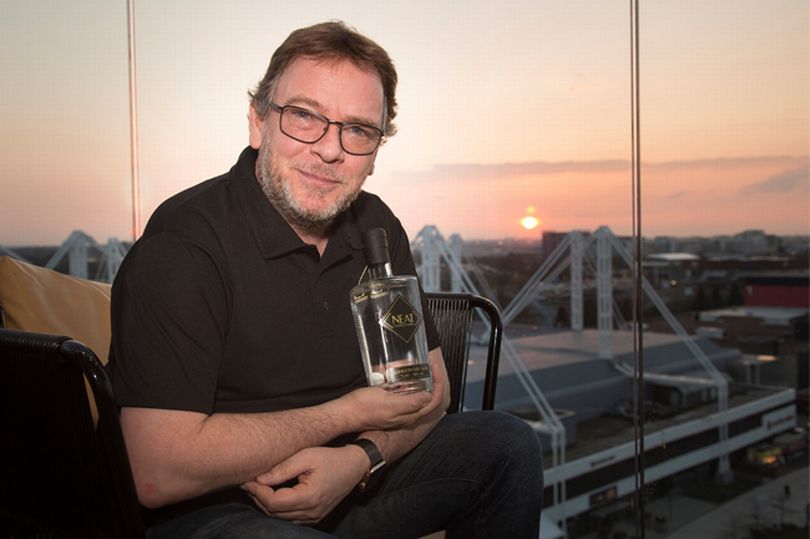 There’s no doubt that Ian Beale is one of the most iconic characters that Eastenders have ever produced and that his name is entwined with mainstream British culture, but it turns out that actor Adam Woodyatt actually has some other interests besides playing one of the dumbest characters of all time.

Woodyatt has announced that he’s started his own gin brand called Neat with his wife Beverley over the last two years and will be appearing at Cadbury House in Congresbury, North Somerset for an afternoon tea on Saturday April 13th. Guests will be able to try a number of gin based cocktails as well as hear the pair talk about their passion for gin and developing Neat.

Here’s what Adam had to say about his new venture, along with a neat little promo video for it courtesy of BBC Radio Bristol:

Our story is quite a simple one. We just wanted to make gin.

Beverley and I found a 15th century recipe and used that as our starting point.

There was a list of botanicals but no quantities and was like a jigsaw without a picture.

It’s great that we can now share our journey with other gin enthusiasts and I’m looking forward to visiting Cadbury House and meeting lots of guests to chat and talk about our experience.

Gin of course has a long history with London, but it was in fact the Dutch who are thought to have really invented the spirit.

It was in the late 1600s that the first gin craze really took off in London and was a period where a pint of gin was cheaper than a pint of beer!

Luckily today things are a little calmer however gin has certainly had something of a renaissance, and is now viewed as the bedrock for a huge range of cocktails and of course the classic G&T.

Sounds exciting doesn’t it? Well, not really but I suppose it would be kinda bantz to drink some gin cocktails with Ian Beale and see if he gets really pissed up and does anything silly like he so constantly does in Eastenders.

If you’re actually interested in attending, then it costs £22, but there are apparently a limited number of places so you had better get going before it sells out. Hurry!

For more Ian Beale, check him out being photoshopped on the cover of a number of legendary hip hop albums. Classic.