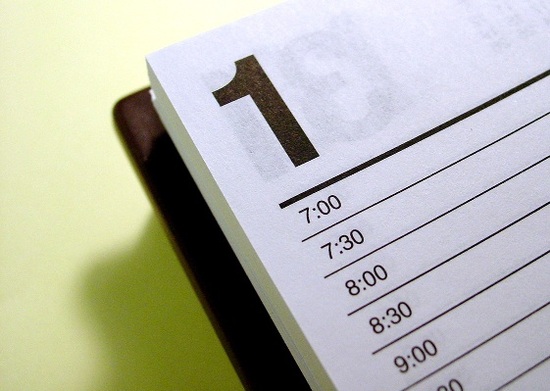 Some of the best April Fools’ day pranks of the past few decades.

Although I’ve never been much of a practical joker, I can appreciate a well thought out and skilfully executed prankand am more than willing to give kudos to the joker in question. However, in my experience April Fools’ day is usually filled with not even chuckle-worthy jokes and slipping-on-a-banana-skin-esque shenanigans. Last year a friend of mine thought it would be hilarious to tell his girlfriend he had a terminal illness, reducing her to tears before exclaiming ‘APRIL FOOLS!’. That sort of thing is definitely a relationship ruiner – not cool man, not cool. 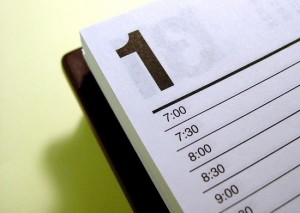 Having survived this April Fools’ day with minimum damage I thought I should investigate some of the more imaginative and wide-spread pranks from the last few decades.

1. Turn Back Time With Google
On April 1st 2008, Google claimed to launch ‘Google Custom Time’ where you could compose an email and choose the time you were meant to have sent it, ‘one hour ago’ ‘six hours ago’. The pranksters at Google even included a mathematical formula to explain this new technology as well as limiting member’s usage so they do not ‘lose faith in the accuracy of time’.

To be fair at first glance the website is pretty plausible, check it out here!

2. Bombs Away!
On April 1st 1915, (during WW1) a French aviator thought it would be absolutely side-splitting to drop what appeared to be a bomb on a German camp. Obviously major panic spread, everyone fled in fear of losing their lives. When suddenly…. Nothing happened. No Bang. No kaboom, nothing, nada, zilch. Some brave soldiers decided to investigate and discovered that this suspected bomb was in fact a large football with a note exclaiming ‘April Fool!’. Oh those Frenchies, what larks. 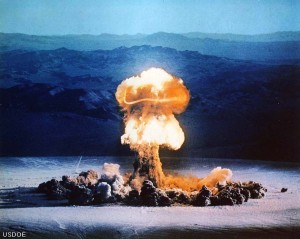 3. The Internet Has A Day Off
On April 1st 1997, many prepared for a day without the internet. An email had spread throughout March informing people that the Internet would be closed down for 24 hours on April 1st for a necessary spring clean. This clean was to be done by “five very powerful Japanese-built multi-lingual Internet-crawling robots (Toshiba ML-2274) situated around the world”. Although it’s not really that believable, it is pretty funny. Before the time of the internet, an earlier joke had spread that phones were going to have a similar spring clean and that people should put plastic bags on the end of their phones to collect the dust that would be blown through to clean the phone line.

4. Viagra For Your Pets
On April 1st 2000 the well-regarded newspaper The Independent reported that a Viagra-like pill had been developed in Florida to help your pets get some. It was suggested that the pill dubbed ‘Feralmone’ should be grinded up and placed into your sexually-frustrated pets food (it was also suggested that you should lay some newspaper down just in case things got a bit messy). Pet owners around the world breathed a sigh of relief after endless sleepless nights wondering why Rover had stopped trying to hump their legs every 5 minutes, here was the answer!

And finally, probably my favourite joke of this year….

5. Baconalia
On April 1st 2011 one absolute genius (in my opinion) working for America’s popular ‘Denny’s Restaurant’ launched a mobile app called ‘Baconalia’. Although it may not be completely kosher I really do hope this actually happens one day. For just $2.99 they claimed that you could get the scent of freshly cooked bacon sent straight to your mobile for you to enjoy. Amazing. 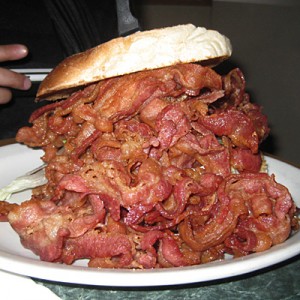