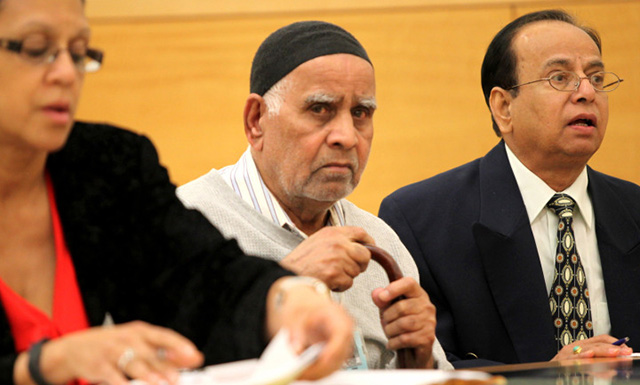 75 year old Noor Hussain lost the plot after discovering his wife had cooked him a vegetarian meal instead of goat.

A Pakistani immigrant beat his wife to death in their Brooklyn home after she cooked him lentils for dinner instead of goat meat.

75-year-old Noor Hussain completely flipped and battered 66-year-old Nazar with a stick until she was a “bloody mess” according to prosecutors at Noor’s hearing.

“The defendant asked his wife to cook goat and she made something else. The conversation got louder and his wife disrespected the defendant by cursing at him and saying ‘motherfucker’. The defendant took a wooden stick and hit her with it on her arm and mouth.”

Noor’s defense says that he is guilty of manslaughter because he didn’t intend to kill her and after all, in Pakistan beating your wife is customary.

“He comes from a culture where he thinks this is appropriate conduct, where he can hit his wife… He culturally believed he had the right to hit his wife and discipline his wife.”

Sean Connery would be proud. Obviously this guy is going to spend the rest of his days locked up and deservedly so. Unless the ‘I thought it was ok to beat a person to death’ strategy works out for him — doubtful.