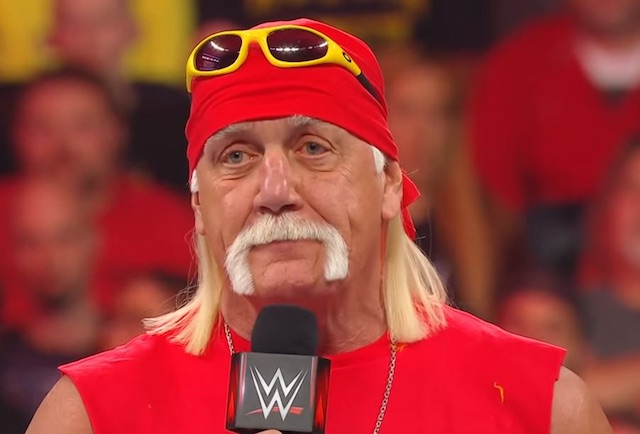 They still remember his racist tirade from a few years ago.

WrestleMania went down over the entire weekend again this year and whilst there weren’t really any matches I was too bothered about catching this time, it was interesting to hear that Hulk Hogan was loudly booed when he came out for an appearance on Saturday night.

Hogan was appearing for a short promo alongside Titus and it seemed like fans haven’t forgiven him for the racist tirade he went on that was recorded and leaked a few years ago. He was roundly booed whenever he got on the mic in footage that can be seen below:

That’s nuts. I would have thought that most fans probably would have forgiven Hogan for his racist comments because he’s one of the biggest superstars in wrestling history, but somewhat surprisingly it seems as though they’re going to be fully participating in actively trying to cancel him. I doubt the WWE are going to want to have him showing every year at WrestleMania when he gets a reaction like that. Looks like you’re outta here brother.

For more of the same, check out when Hogan also revealed that he was a massive homophobe as well as a racist. Yeowch.