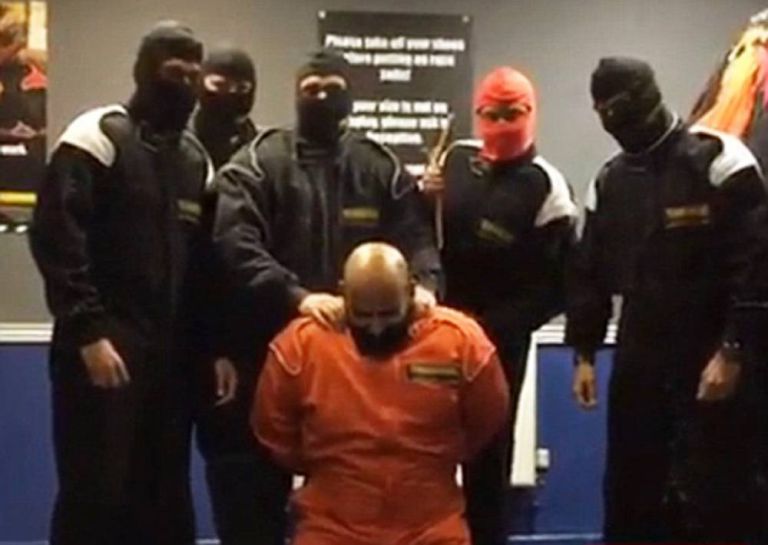 It was meant to be a team building day, not a team disbanding day.

Six HSBC bankers thought that it would be really funny to stage a mock ISIS execution as part of their team building day where they went go karting.

Obviously that’s going to bring the team together and be really funny, especially when you post it on your Instagram account, right? It’s clearly a really awesome subject to make fun of people in that absolutely nobody in the world is going to be offended, right?

Well no, you’re completely wrong on that one as after the video was obtained by The Sun (after it was deleted from Instagram) all six of the bankers involved with the ‘prank’ have been fired. Here’s what HSBC had to say about it:

We do not tolerate inappropriate behaviour. As soon as The Sun brought this video to our attention we took the decision to sack the individuals involved. This is an abhorrent video and HSBC would like to apologise for any offence caused.

Told. You can watch the video below which is kind of racist and stupid. It features the bankers shouting ‘Allahu Akbar’ (God Is Great) and then pretending to behead a fake prisoner with a coat hanger. Mature.

It’s perhaps not as stupid as these 23 people who lost their jobs due to social media screwups though.