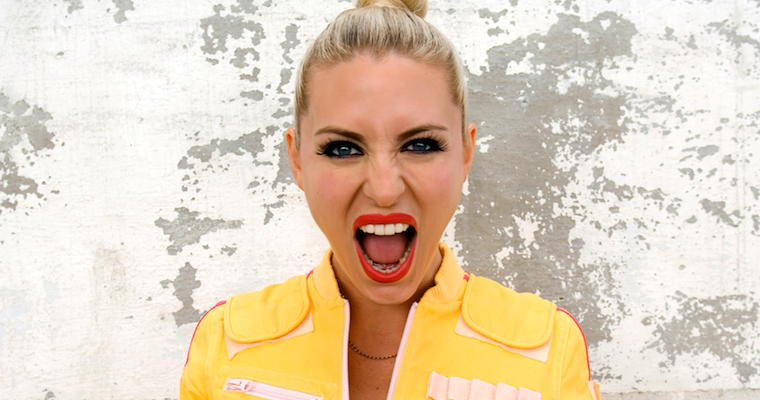 We take a look at a brand new interactive music video where the viewer gets to control the story. 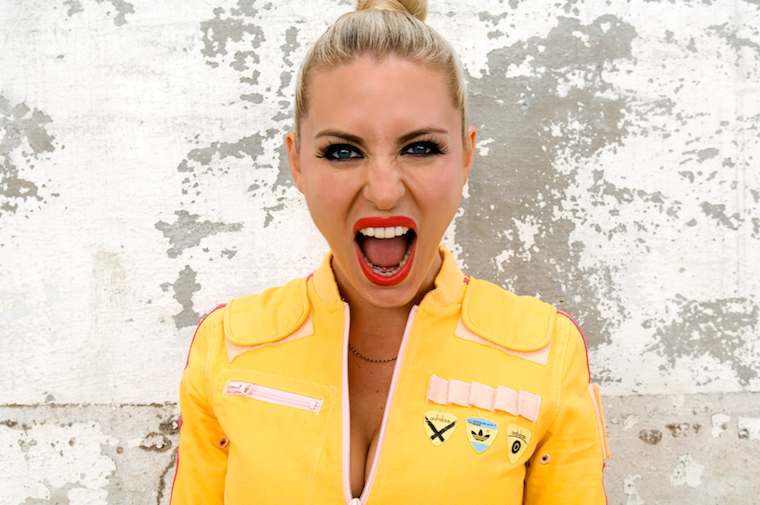 Meet Elsie – a hotly tipped female pop-star hailing from Liverpool. Describing herself as Blondie meets Arctic Monkeys, she’s already notched up a number of gigs around the UK and put out a couple of singles to date.

Anyway, in Elsie’s video — subtitled ‘How To Handle A Sex Pest’ — you are treated to 45 seconds of what is probably my least favourite song of the year, before it pauses right at the chorus and you get to choose what happens in the video next. The premise (I think) is that Elsie is in a desolate club, and this dude fancies his chances with her, so takes the dancefloor to get his chirpse on. Elsie isn’t so hot for him, and you get to play director to decide how best she should deal with the situation. It sounds kinda cool, right? Have a play around with the video and craft an exciting narrative for Elsie’s night out, before we delve a little deeper.

Okay, firstly, I don’t know first-hand how it is to be a girl in a club when some leary lad won’t leave you alone, though I can imagine it’s pretty annoying and possibly quite intimidating. That said, I’m not completely sure that Elsie has dealt with this situation particularly well. Smashing a glass bottle over his head? Pepper spraying him? Punching his lights out? Seems a little excessive if you ask me. I think it’s unfair to brandish him a sex pest too, when lyrically Elsie tells of how they were kicked out of the club because she was the one that all over him. He hasn’t really even done anything wrong from what’s shown in the video. It just doesn’t add up.

Equally as confusing is why the option to pull the sex pest’s trousers down made the cut. That seems like a really terrible way of letting a weird guy know that you have no interest in getting with him, and that his romantic advances were making you uncomfortable, again suggesting to me that Elsie is a teeny tiny little bit of a tease.

When I had finally reached the thrilling climax of my cut, where I was treated to watching Elsie just singing some more, I watched it a second time through (with the sound off) to make all the alternative choices I missed the first time around and was kind of disappointed to find that the results were identical anyway. I understand that there has to be a finite number of choices for it to function, and I wasn’t feeling particularly engrossed in the plot, but I think it’d be cool to feel like the choices I were making were actually worth me making. I mean, otherwise what’s the point? I didn’t really get to choose-my-own-adventure, I just got to choose how badly this poor guy got roughed up — I’d have given up on her after the furniture debacle.

There were some good bits though. My favourite part of the video was when I was given the option to get my own back on Elsie — a link I earnestly clicked and subsequently witnessed our sex pest half-heartedly chucking a bowl of water in her stupid face, to which Elsie feigns surprise; as if she didn’t see him coming/read the script/rehearse the scene. It wasn’t great, but it beat the hell out of what happened when I begrudgingly clicked on ‘something TOTALLY random.’

The video is currently doing the rounds on the internet, with some claims even suggesting that it blurs the lines between pop-music and social media. It’s a nice idea and I’m sure it won’t be the last we see of choose-your-own-adventure style videos, but ultimately, as a music video it falls short — if for nothing else than the song cutting out every 45 seconds.

A disclaimer at the start covers everyone’s backs, but I think the Time To Go video suggests some pretty bad ways of dealing with a bad situation. I’m just hoping that the next time I go out to a crappy club and try to chirpse a babe, I don’t get bottled and pepper sprayed, or arrested and branded some sort of sex criminal… again. In fact, I might just stay home and get eaten by dinosaurs instead.