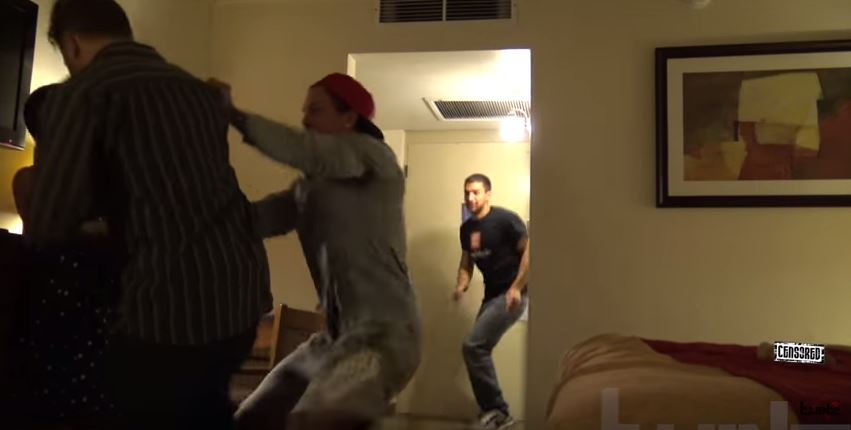 Wow, that was close.

Prank channel TwinzTV uploaded this one the other night. It’s not really anything that hasn’t been done before by pranksters/vigilante groups but I don’t remember any of them ever resulted in this much of a close call.

Watch as the team arranges to have the guy come round with the belief he’s about to hook up with an underage girl, only to crash the party right on his head:

The moronic thing about this video is of course that it seems they let this paedo go free. I mean yeah it was pretty enjoyable watching him get covered in flour and syrup and squirm when that guy stepped to him at the end, but the fact is this guy’s going to go home, have a shower and be more careful next time he tries to pick up underage girls.

Why not restrain him and call the police? Not only was he soliciting an underage girl for sex, he also grabbed her by the throat FFS.

Here’s how to properly catch a paedophile — courtesy of our mates ‘Dark Justice’.