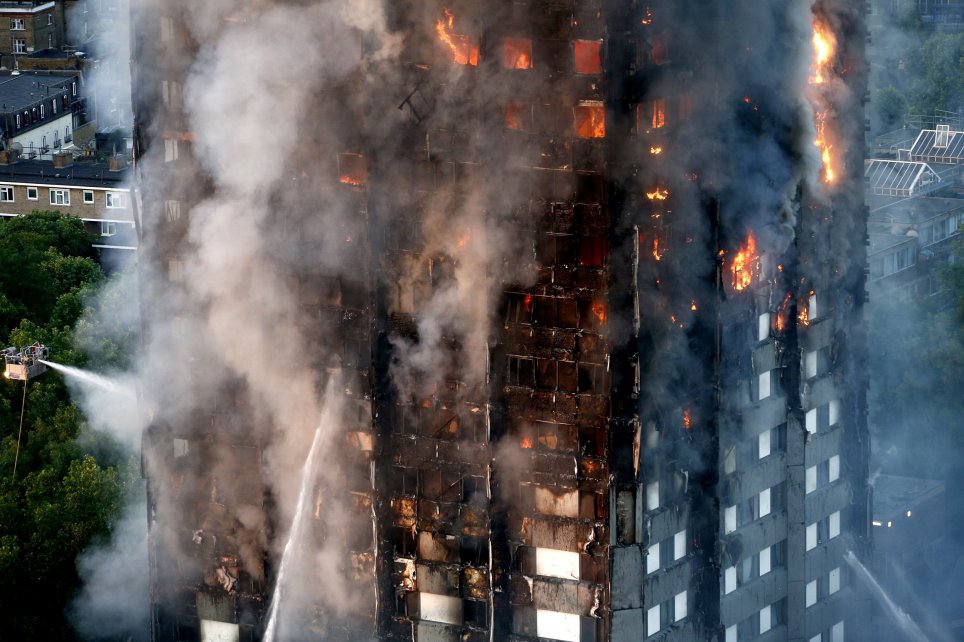 ‘House Of Cards’ may have been remade as a big budget US television drama starring Kevin Spacey, but it began its life back in 1990 on the BBC and had two follow up series entitled ‘To Play The King’ and ‘The Final Cut’. Eerily, it seems the show predicted the Grenfell Tower disaster over 25 years ago in ‘To Play The King’, in which an explosion on the 4th floor of a ex-council tower block leads to the whole building setting ablaze and the deaths of 70 people.

Not only are the details of the disaster similar, but also the reactions of the government. Chloe Carmichael can be heard saying: “These are people that have been left to rot, the people who couldn’t afford to buy their council flats, people who couldn’t afford to buy the gas bill. [It was] a disaster waiting to happen,” and this leads onto the government being attacked for social injustice and perceived inaction on public housing. The parallels in that and the present situation are fairly obvious.

The Prime Minister in the show is also criticised for looking fairly unmoved about the disaster, a la Theresa May, whereas The King is praised for his emotional response, much like Princes Edward and William recently. Take a look at the clips yourself:

I don’t want to cause any offence by posting this, but I think the guy who actually made the video describes his intentions for posting it the best so I’ll just quote him:

I have absolutely zero intent to offend the victims, their families or the survivors of this dreadful and shocking event, nor to trivialise the nature of this disaster in comparing real world events to fictional television shows, and I wholly apologise if that is how this is judged. Neither do I wish to make a further comment on either the real event or opinions voiced in the fictional dialogue. What I will say though is that Urquhart’s reaction in the BBC interview is chilling, and I hope not at all prescient. Beyond that, I am simply struck by how a 25-year old show can so closely resemble today’s reality, with seemingly so few of the issues having been addressed in the interim.

No shit. I know that this show was a satire at the time, but the fact is that satire is often very close to the bone and you might have thought that this would have served as a wake up call to someone, somewhere in the past 25 years. Guess not though. So it goes.