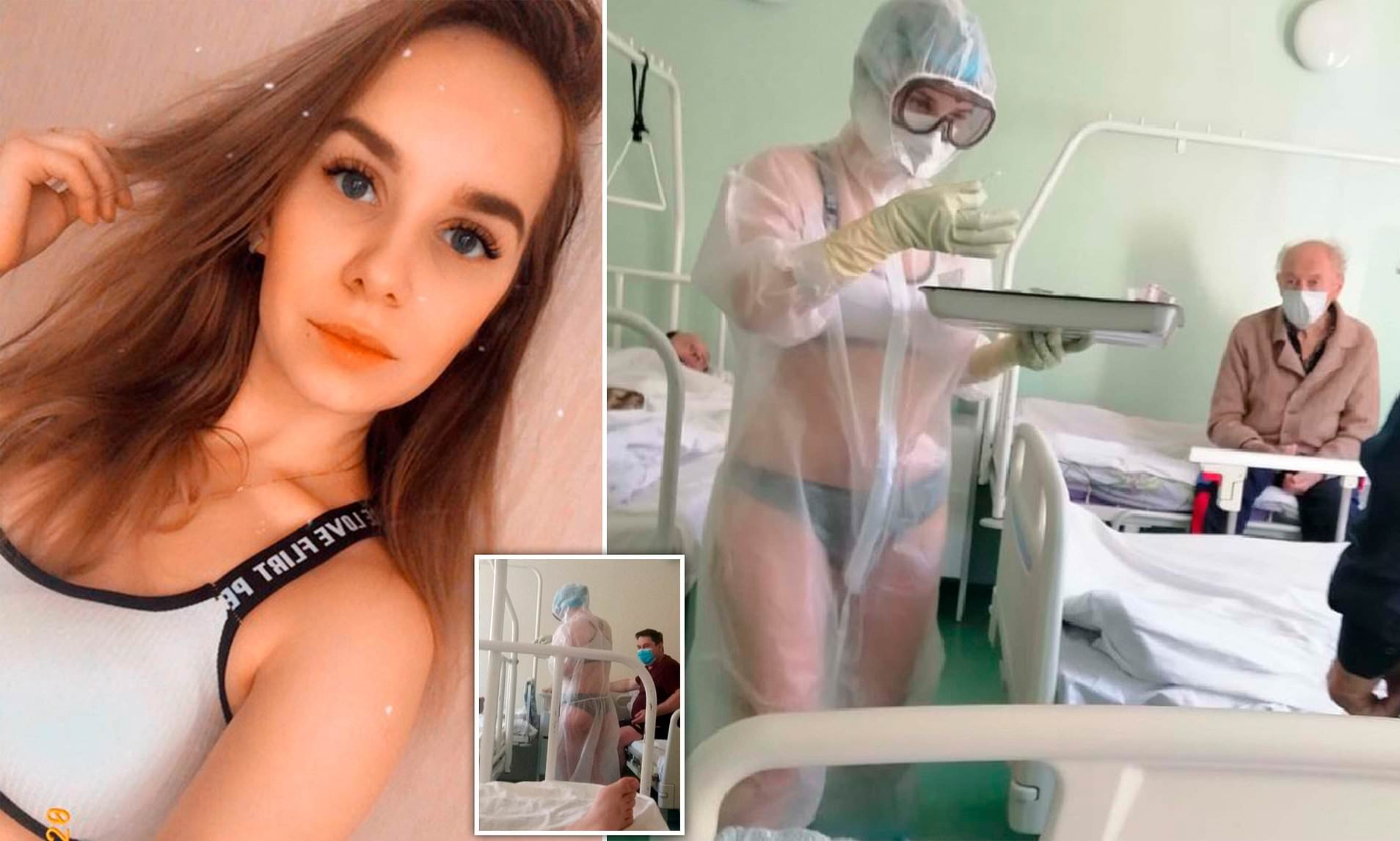 Remember last month when that Russian nurse was punished for wearing bra & panties under her see-through PPE kit while an old patient had a sneaky wank in the background? 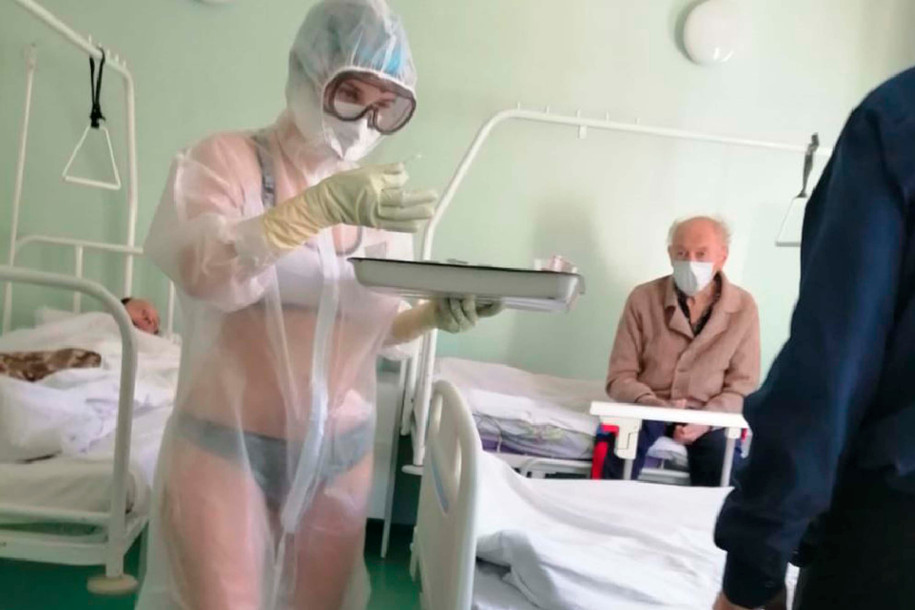 Nadia Zhukova caught a lot of flak over the incident after the photo went viral, even though she got zero complaints from the men-only wing of the hospital she was working in. She ended up being suspended, because a bunch of party poopers had the nerve to complain about a nurse who is literally risking her own health to treat patients during a global pandemic.

Anyway, the good news is that common sense prevailed and Nadia was reinstated after people voiced their disapproval over the punishment. Not only that, but she’s also bagged herself a modelling contract. Result! (via The Sun):

She was originally rapped by hospital bosses “non-compliance with the requirements for medical clothing”. The nurse complained she was “too hot” in the hazmat gown – and her punishment was withdrawn after a furious backlash from the public against her being disciplined.

Now she is not only keeping her job but posing as a model for a Russian sports clothes line while also announcing that she plans to study to become a doctor. Pictures show her wearing ZASPORT sport clothes, a brand founded by the daughter of a top FSB security service official.

Doctors deserve respect and support. Everyone knows the story that happened to me, but I never strove to become famous, I have different guidelines in life. I want the doctors to be respected, to appreciate our work, not only in the current situation. It is a great honor for me to work with the @zasport brand, which cooperates with world champions, with Olympic champions, and which pays great attention to the social direction. I want to be useful in this and hopefully I will get.