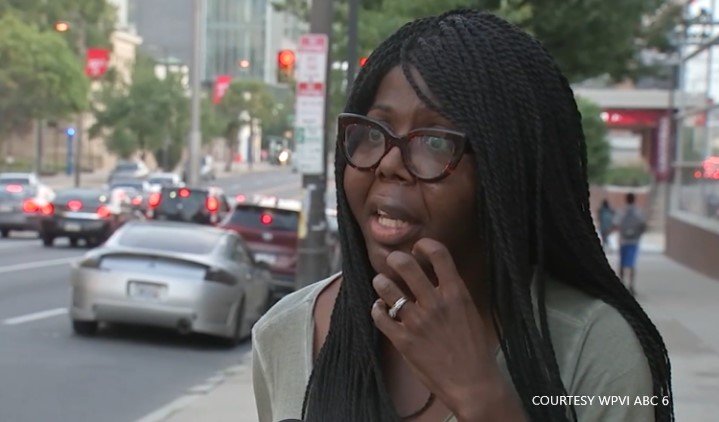 There seems to be a lot of minorities getting beaten up my mobs over in America at the moment and it doesn’t look like the trend is going to stop any time soon as more and more of these videos seem to be finding their way onto the internet.

This time we’re in Philadelphia –  the city of brotherly love, or not – where 34 year old Kendall Stephens found herself the victim of transphobia on August 24th after a mob were causing a ruckus late at night outside her home on August 24th. She claimed that they were shouting and throwing liquor bottles everywhere when she went out to confront them and was subsequently attacked with both their fists and transphobic abuse.

Here’s a clip of what happened as well as Kendall’s thoughts on the matter:

It was a brawl.

People were fighting, people were throwing around liquor bottles all in front of my property while I had kids inside.

This lady comes balling at me like a bull and starts swinging at me.

I tried to close my door, front door, and as I’m doing this, she kicks it open and starts attacking me all about the face.

They called me a tranny. ‘They said that I deserved it.

My lips are swollen, my jaw is sore, and I’m barely able to chew.

I am in fear of my life. They said they were going to come back and finish the job.

They were the last words they said to me.

They already showed what kind of monsters they are, they’re savages.

I mean even without the transphobia that’s a pretty brutal thing to be a victim of isn’t it, even though the footage wasn’t that revealing. I dunno what Kendall actually thought that her going out and saying to people actively shouting and brawling in the street was going to achieve though, surely it’s better to just call the police on them rather than getting involved yourself?

I get that this could be a bad neighbourhood and the police might not be the first to respond, but even so you’ve gotta think that she might have had more sense than to go and confront them given how they were acting. Not that this is any excuse for their behaviour, but sometimes you might think it’s just better to not get involved if people are acting like this in the first place.

For more of the same, check out these trans women who beat up men asking disrespectful questions about their genitals. Fair enough I suppose.