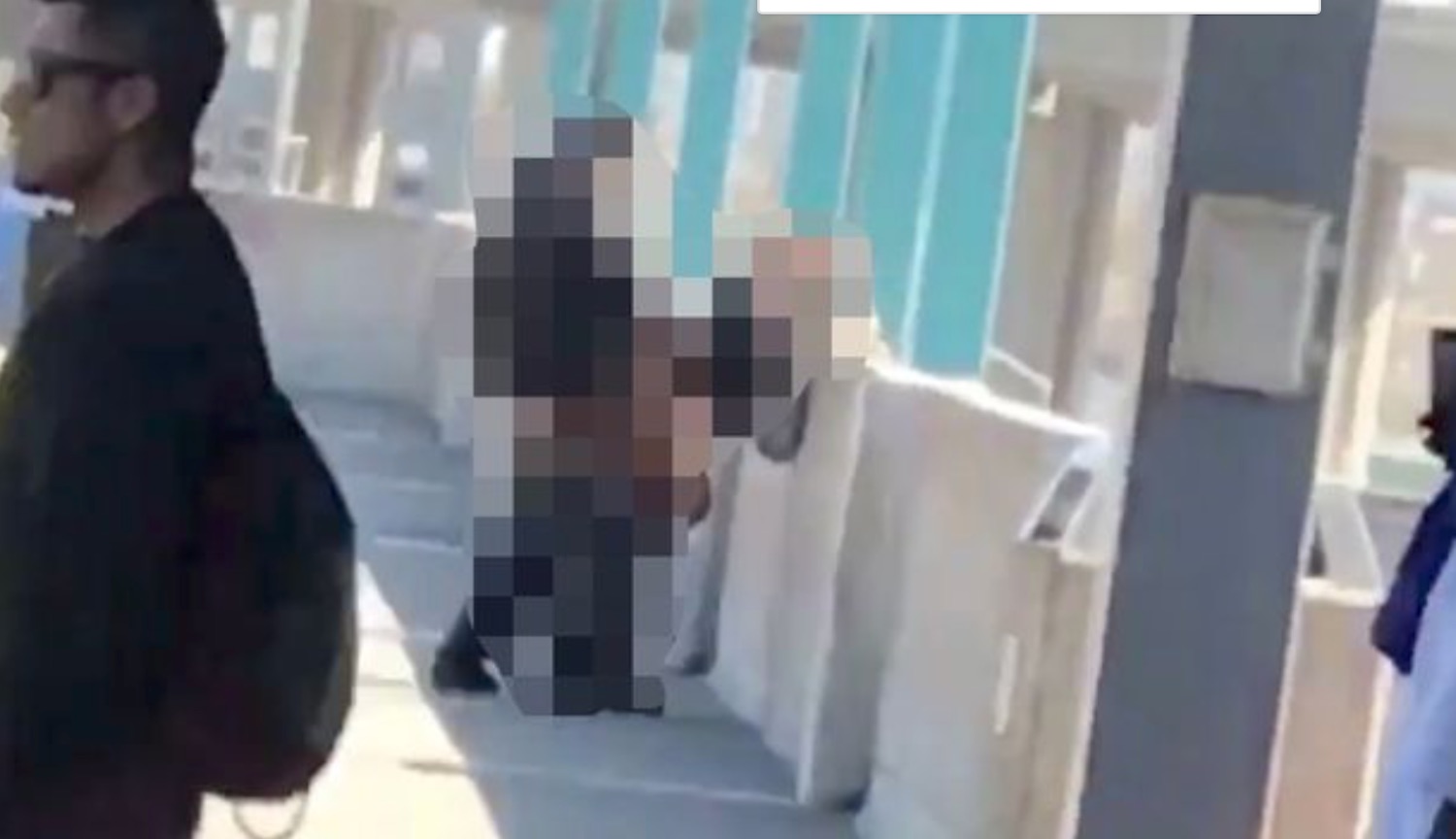 What everyone wants to see on their morning commute.

We’ve all faced the urge in our sex lives where we just have to stop whatever we’re doing and have sex with the person we love right there and then (or even if you don’t love them) but I think the vast majority of us would at least wait until we got to a bedroom or some place with a bit of privacy before we went at it.

Not so for the couple that you can see below from Oakland, California who were prepared to get it on in the middle of the day on a busy tramline at the West Oakland BART station. You can quite clearly see the guy with his jeans around his waist and his hands on his hips thrusting his junk from behind into the woman, who is propped up by her elbows moaning with pleasure whilst other commuters look on and wonder what the hell is going on.

Obviously this clip is going to be pretty graphic, so if you don’t feel like watching that then please don’t bother clicking through on the video:

Only in west oakland 😫😫😫 pic.twitter.com/feKphciIox

For more of the same, here’s a couple having sex on the train platform at Hackney Central train station. They’re a lot more discreet though.