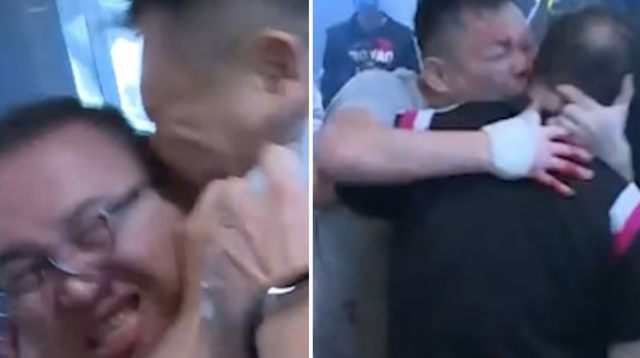 He instantly regretted this.

The anti-government protests in Hong Kong are STILL raging on six months after the announcement of a controversial plan that will allow criminal suspects in Hong Kong to be extradited to mainland China.

As per Metro, this one lunatic hanging around Hong Kong’s Cityplaza shopping centre was of the opinion that Hong Kong belongs to China and so should respect the government’s wishes, and I guess he thought biting off a chunk of pro-democracy district councillor Andrew Chiu’s ear was a good way to get his point across.

Unfortunately for him, a whole bunch of protesters then teamed up to beat the absolute crap out of him:

Loving the elbow smashes from the skinny dude with the blue face mask. Of course it’s never nice to see a mob of people all battering one single, helpless person but then again he did just bite a man’s ear off (and stabbed a few other people apparently) because he disagreed with them politically. Had to have expected this beat-down would immediately follow, surely.

Mainland China has even sent TRIAD gang members to Hong Kong to brutally assault protesters in the streets. One of the gangsters actually got separated from his pals and found himself surrounded by dozens of protesters – let’s just say he received the beating of a lifetime.