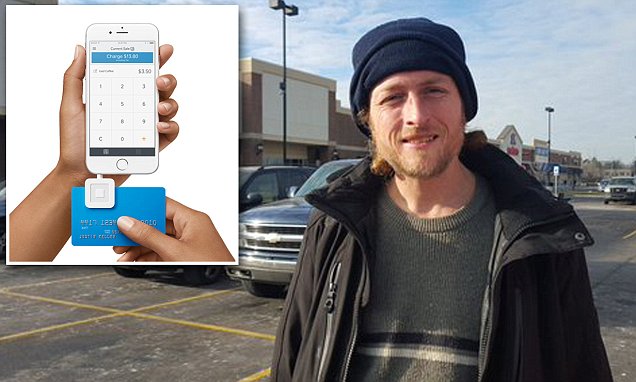 Homelessness is going next level in 2016.

Abe Hagenston, 42, a homeless man in Detroit (on 8 Mile road in fact), has come up with an ingenious way to counter any passers-by who say they don’t have change on them — he accepts donations via credit card.

‘Honest Abe’, who has been homeless for 10 years now, takes credit cards through a square.com attachment on his phone.

The phone itself — nicknamed the Obamaphone — was provided to him by the US government’s Lifeline Assistance programme. He also says he’s willing to do odd jobs here and there through his LinkedIn and website.

I’m the only homeless guy in America who can take a credit card. It’s all done safely and securely through square.com. 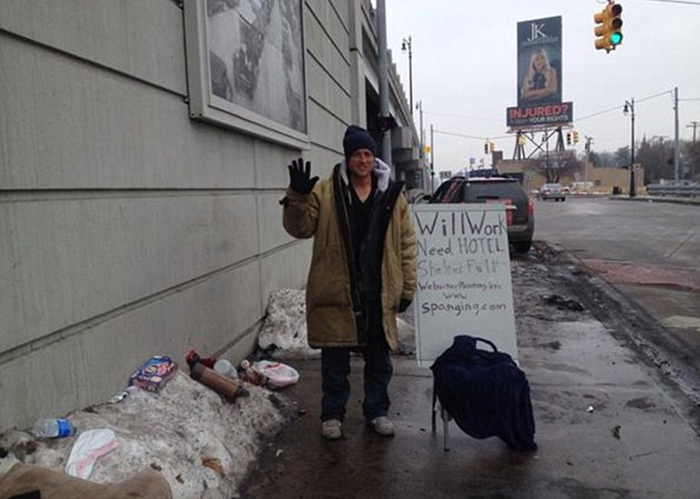 Looks like avoiding interactions with homeless people just became that little bit more difficult. I think everyone in the UK has perfected the old “sorry, don’t have any change” excuse. Well that’s not going to cut it anymore. Homelessness has evolved and now so must your excuses for not giving homeless people any money.

I guess the “act like they’re not even there” approach is the only one that can work now. I don’t even feel bad about it after that “being homeless is my business now” comment. OUTRAGEOUS thing to say. Still, doesn’t sound like bad work if you can get it.

Why not do what Joe the homeless guy from New York does and survive by shagging a different woman every night?