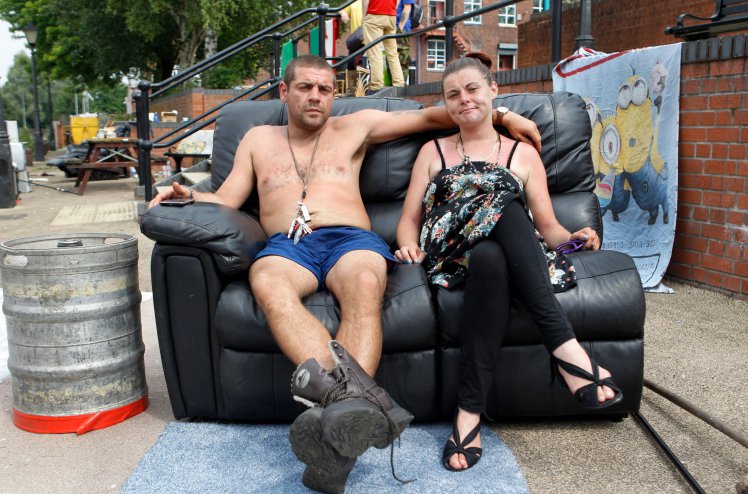 These guys are an inspiration.

A homeless couple who have set up their own living room on the banks of a canal in Manchester have said that it’s a great spot for fishing.

Stuart Potts and Georgina Twemlow grow vegetables and fish for their meals in the day and chill on their salvaged furniture during the evenings.

So far their set-up includes a sofa, two chairs, a bookcase, a bed and some carpet. When it rains they simply pull an old tent over their possessions. They’ve even put together a homemade barbeque, which they use to cook their meals. 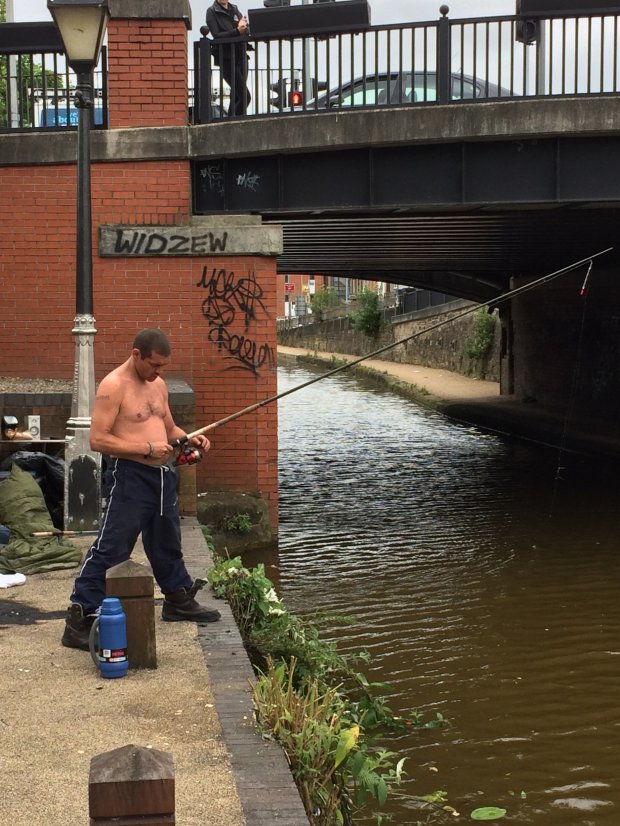 The fully self-sufficient couple have a patch of soil, which they use to grow chilli, garlic, apples, turnips and onions. Incredible. Stuart said:

Hopefully I’ll be able to feed myself and anyone else who needs it.

I can totally Ray Mears it.

The couple also have a range of home comforts including a stereo system, picnic bench and mini-fridge and they host fish supper dinners for their friends.

Apparently Stuart is homeless as he was kicked out of his flat for breaching his tenancy and letting another homeless dude live with him:

I’m in this situation for helping a homeless man.

I was living in a flat and I let him stay in my lounge. I wanted to give the lad a chance. But the landlord found out and kicked me out.

Basically, Stuart is a true hero of our time. The fact that he has taken his situation on the chin and turned it into something positive is admirable in itself. And then on top of that, the only reason he is homeless in the first place is because of him trying to help a guy out. We can all learn a lot from this couple – I hope they find a solid place to live soon. If this is what it’s like when they’re on the streets, I can only imagine how sick their place would be if they had four walls.

For more of the same, take a tour around this homeless dude’s pimpin’ pad, complete with Jacuzzi.