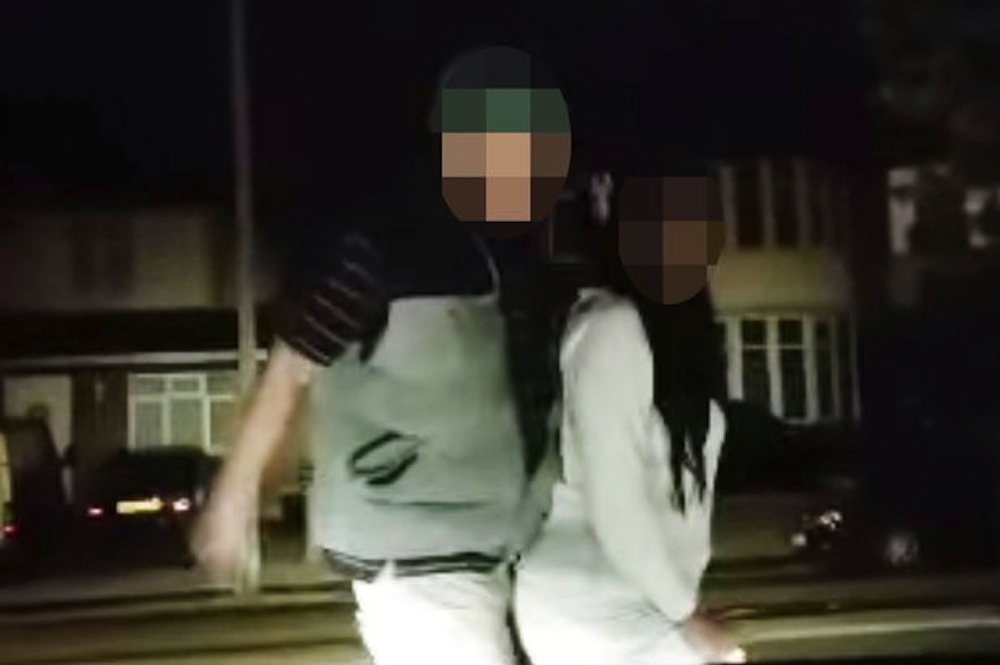 This makes you despair for the human race.

Wow – you think you’ve seen it all and then something like this pops up and makes you really despair for the human race.

It’s a video of some guy in a car in North London – Barnet to be precise – who is making two homeless people perform various tasks in order to get McDonald’s burgers and money. First he makes them dance in front of his car, then he makes them do some press ups before the piece de resistance where he makes the guy suck on the girl’s breasts and the girl suck the guy off. Absolutely sickening stuff.

You can’t actually see them performing these acts in the video below as they’re all blurred out, but it seems like they went through with it judging by the reaction of the driver of the car which is really just awful and really indicates just how desperate they are for any money. That doesn’t mean that the guy making the video should take advantage of their despair though – unfortunately he can’t seem to get enough of it though.

The police have been informed of the incident and are said to be investigating it, although it’s not 100% clear if it’s actually a crime for the guy to be doing this apparently. Bullshit – this guy needs to be locked up and have the crap beaten out of him for delighting in the pain of others like this because he’s absolute scum. Completely disgusting behaviour and almost as depressing as these 10 movies that will make you lose faith in life itself.