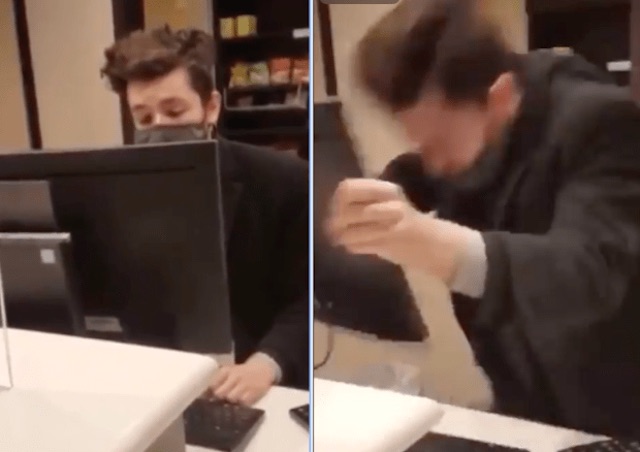 I think most of us with a shred of empathy understand how annoying and underpaid working in the customer service sector can be, so the majority of us try to treat those employed in it with a shred of dignity, but there always sadly seem to be some people out there that want to make their lives as hard as possible.

The latest one of these is called Tariq Nasheed and it seems like he ran into a bit of trouble when he was trying to check into his room at the Holiday Inn over in America somewhere. The system had screwed up his reservation and instead of just waiting for them to resolve it, he instead decided to berate the check in clerk until he literally ended up having a major nervous breakdown.

This is quite uncomfortable so if you feel like you might be triggered about it then maybe give it a miss:

A white Holiday Inn Express worker has a nervous breakdown after he got scolded by a Black customer because of a mistake in the reservation system. pic.twitter.com/KUEyqUSgsM

Jesus. Even if I was really pissed off with the guy, I think that after I had seen him react like that then I probably would have given him a break and stoped yelling at him and filming him. I definitely wouldn’t post it on the internet and expect people to think I was cool for acting like that and treating the guy like that. Some people are a totally different level.

The story actually gets worse after it turns out that the guy suffering the breakdown had previous mental health issues and was also the target of homophobic abuse by the guy filming. That’s according to this post on a message board, but I think it’s legit:

Wow. What an absolute piece of shit. Someone has set up a GoFundMe for the hotel clerk that has already raised over $10,000 for him, but if you feel like contributing as well then you check that out here. Hopefully the guy filming it loses his job or something as well.

For more of the same, check out this girl having a mental breakdown after a driver gave her the middle finger and then her mum went out looking for him. Mad.