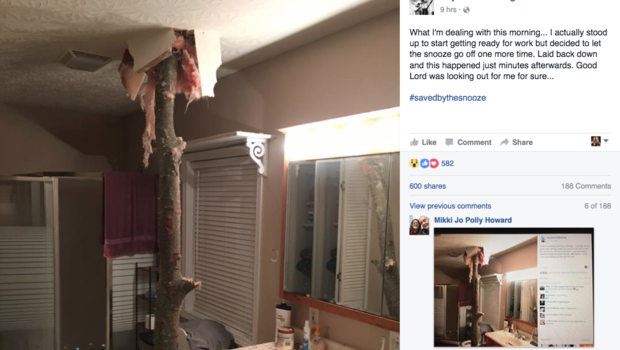 The perfect excuse to stay in bed.

Looking for a good reason to keep hitting that snooze button at 7am? It pretty much saved this guy’s life on Wednesday morning as he was set to get up for work.

Ray Bowling should have been brushing his teeth at the moment a massive tree branch shot straight down through his ceiling between his bathroom sink and his toilet.

Ray says he would have been standing right there had he not slept in a few extra minutes:

I had actually stood up to go to the bathroom to get ready for work but decided to let the snooze go off one more time and laid back down.

I never do that. The limb came through literally minutes later before the snooze went off again. And that’s exactly where I would have been standing.

It’s not clear what caused the tree limb to fall, but a severe thunderstorm warning was issued in the area the previous night. 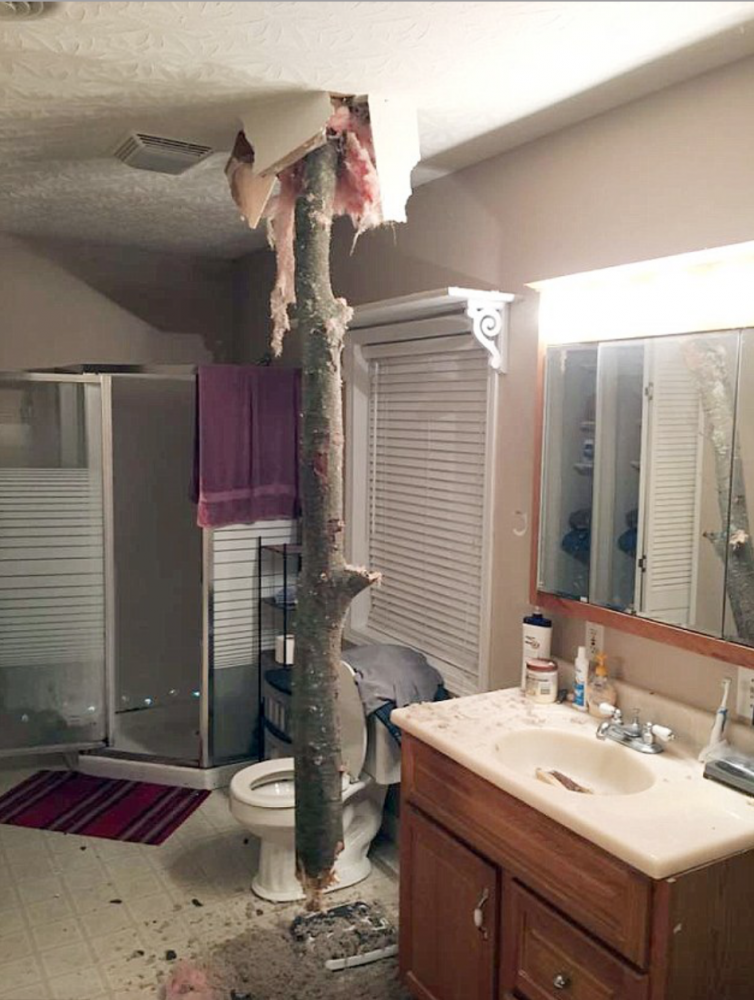 There’s a lot of lazy people out there who have been waiting for a story like this to come out for a long time. Now you have the perfect excuse next time your boss/teacher bitches at you for being late. Erm sorry boss, just trying to stay alive here. Have to say though, very bizarre behaviour from Ray Bowling to get out of bed, stand up, then decide to lay back down again and hit snooze. What kind of psychopath does that?

The only question that remains is whether death will come for Ray again. Keep hitting that snooze button is my advice. After all, science says people who hit the snooze button are smarter, more creative and generally happier.